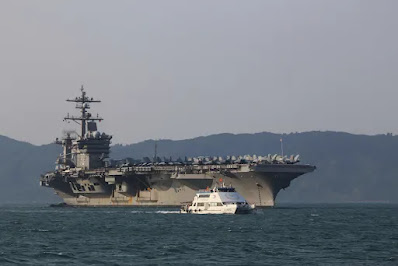 Federal agents are investigating a new U.S. Navy corruption case that has strong echoes of the Fat Leonard scandal, with a defense contractor facing accusations that he delivered cash bribes and bilked the Navy out of at least $50 million to service its ships in foreign ports, according to recently unsealed court records.

The Justice Department is trying to extradite the contractor — Frank Rafaraci, chief executive of Multinational Logistics Services, or MLS — from Malta, the Mediterranean island where he was arrested last week after an international manhunt.

Rafaraci, 68, is a dual U.S.-Italian citizen who splits his time between the United Arab Emirates and Sicily. Since 2010, the Navy and federal agencies have awarded MLS about $1.3 billion in contracts to resupply and refuel U.S. warships in the Middle East, Asia and other regions.

According to an arrest warrant unsealed last week in U.S. District Court in Washington, Rafaraci and MLS defrauded the Navy of at least $50 million by inflating invoices for port services between 2011 and 2018.

In one instance, when the aircraft carrier USS Carl Vinson visited Manama, capital of the Persian Gulf kingdom of Bahrain, in January 2015, MLS billed the Navy for more than $231,000 in “port authority fees,” even though the Manama port authority charged only $12,686, the court documents show.

Federal authorities are also seeking Rafaraci’s extradition on suspicion of money laundering and bribery. The arrest warrant alleges that he met with an unnamed U.S. Navy official at the Diplomat Hotel in Manama in August 2015, handed over an envelope stuffed with $20,000 in cash and told the official to “keep up the good work.” 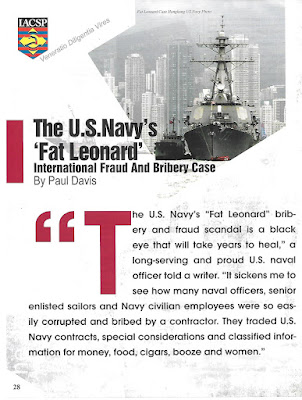 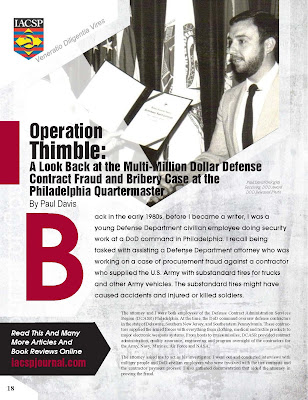 And you can read my Counterterrorism magazine piece on an earlier bribery case at the Philadelphia Quartermaster via the below link: