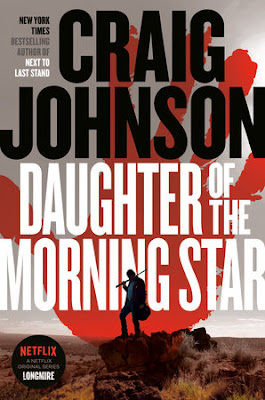 The Washington Times published my On Crime column on Craig Johnson’s Daughter of the Morning Star.

Although the series “Longmire" ended on Netflix, fans of the modern Western Sheriff Walt Longmire can still read Craig Johnson’s popular crime series of novels where Longmire is still on the job as the sheriff of a fictional Wyoming county.

I reached out to Craig Johnson and asked what inspired him to write his latest crime novel, “Daughter of the Morning Star.”

“I was doing a library event up in Hardin on the Crow Reservation a few years back when I looked up and noticed a missing persons poster on the community bulletin board. It was a simple computer copy with the face of a young woman, bright-eyed and smiling and now… Gone,” Mr.Johnson replied. “The words were desperate, and pleading and a reward was posted.

Her face was faded, and the paper wrinkled and yellowed with age — a fervent and unanswered prayer that fluttered against the bulletin board like a turning page every time the door of the library opened and closed.  I can’t think of anything worse than losing a loved one—I mean, having them turn up missing and then never knowing what happened to them. I’ve spoken with people to whom this has happened, and the thing I have heard repeatedly is that the worst part is the not knowing — the lack of closure, having no idea if they are alive or dead or if they suffered or are still suffering.”

Mr. Johnson went on to say that he wanted to write a novel about the plight of murdered and missing indigenous women, so he had to come up with the idea that would take Walt Longmire somewhere he’d never been before, like a bus full of teenaged girl basketball players.

A young star basketball player, Jaya Long, was receiving death threats. The tribal police chief invites Sheriff Longmire to the Cheyenne Reservation, hoping that his involvement would bring additional attention to the case. Longmire discovers that Jaya Long’s older sister Jeanie had also been receiving threats, and she has been missing for more than a year. 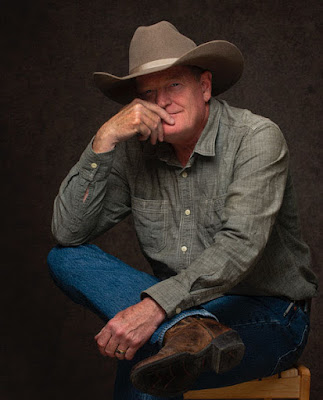