My Accessories: No Well-Dressed Man Should Leave Home Without Them 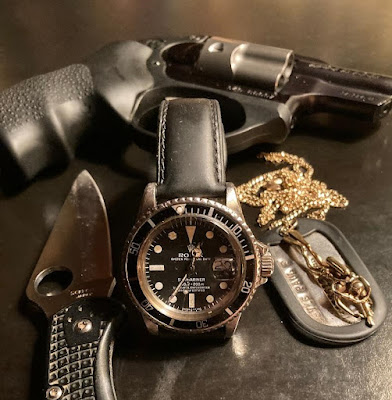 In addition to my wallet and keys, the above photo shows the things I carry when I venture out.

In the center of the photo is my most prized possession, my Rolex Submariner diver’s watch.

A beautiful woman bought this watch for me for my 30th birthday.

I married her a month later.

I first became enamored with the Rolex Submariner when I saw actor Sean Connery as James Bond wear one in the early Bond films.

In the opening scenes in Goldfinger, Connery glances at the watch while waiting for his explosives at a heroin processing plant to ignite. The camera then goes in for a close-up of the watch’s face. 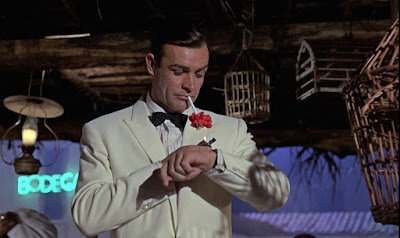 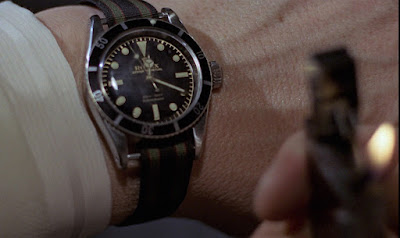 Ian Fleming, the creator of James Bond, outfitted his iconic character with a Rolex in the novels, as he himself wore one.

While serving in the U.S. Navy aboard the aircraft carrier USS Kitty Hawk during the Vietnam War, and later serving aboard the Navy tugboat USS Saugus at the U.S. nuclear submarine base at Holy Loch, Scotland, I discovered that many pilots, Seabee divers, Navy SEALs, submariners, and other sailors also wore Rolex Submariner diver watches.

I’ve long wanted one, which I happened to mention to a beautiful woman that I was seeing in the early 1980s  As she worked part-time for a jeweler, she was able to get a good deal and presented me with my own Rolex Submariner on my 30th birthday.

To the right in the above photo is a gold scuba diver that I wear on a gold chain around my neck. My wife bought the finely detailed gold scuba diver for me to celebrate her first scuba diving experience with me in the U.S. Virgin Islands.

Under the gold diver is one of my U.S. Navy dog tags, which was issued to me while I was attending Navy bootcamp in 1970. I consider it my “lucky dog tag.” The other dog tag is on my key ring.

To the left in the photo is my Spyderco folding pocketknife. I’ve carried a knife since my teens for protection. I consider a pocket knife an essential tool and the knife is always in my pocket.

Above the Rolex Submariner in the photo is my Ruger LCR 38 Double-Action hammerless revolver, which was a gift from my stepson.

I possess a state License to Carry, and I mostly carry the Ruger, although I also own a 9mm Beretta Couger semiautomatic, a .25 Beretta semiautomatic, and a .38 Smith and Weston revolver with a four-inch barrel.

Having performed security work in the Navy and later as a Defense Department civilian employee, as well as working today as a newspaper crime reporter and columnist, I’m very security conscious.

So having been Navy trained in the safety and use of firearms, I’m always “heeled,” as they used to say in the old Wild West.

And as Sean Connery as James Bond said in Thunderball, “No well-dressed man should be without one.”

Note: The below photo is of me wearing my Rolex in Jamaica some years ago as my wife and I celebrated our wedding anniversary. 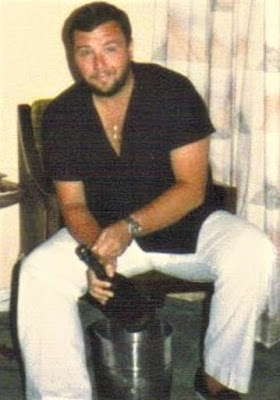 The champagne? Why, Dom Perignon, of course.