A Look Back At The First War On Terror 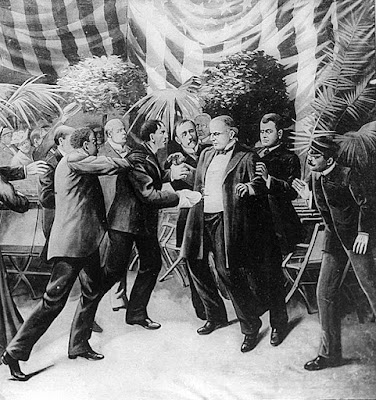 Whenever someone laments the war on terrorism and states that it never-ending, I always suggest that they read history.

Our current worldwide conflict with terrorists is in fact our second war on terror.

Then, like now, many people believed the conflict was never-ending.

The FBI offers a report that looks back at our first war on terror:

One of these issues was anarchism—an often violent offshoot of Marxism, with its revolutionary call to overthrow capitalism and bring power to the common man. Anarchists took it a step further—they wanted to do away with government entirely. The prevailing anarchistic creed that government was oppressive and repressive, that it should be overthrown by random attacks on the ruling class (including everyone from police to priests to politicians), was preached by often articulate spokesmen and women around the world. There were plenty who latched onto the message, and by the end of the nineteenth century, several world leaders were among those who had been assassinated.

The anarchists, in a sense, were the first modern-day terrorists—banding together in small, isolated groups around the world; motivated by ideology; bent on bringing down the governments they hated. But they would, ironically, hasten into being the first force of federal agents that would later become the FBI.

It happened at the hands of a 28-year-old Ohioan named Leon Czolgosz, who after losing his factory job and turning to the writings of anarchists like Emma Goldman and Alexander Berkman, took a train to Buffalo, bought a revolver, and put a bullet in the stomach of a visiting President McKinley.

Note: Then, like now, many people believed the conflict was never-ending, but it did end. There are some anarchists active today and they often come out and participate in public demonstrations, but they are no longer a major threat. I suspect that our current war on terror will also end in time.
Posted by Paul Davis at 11:07 PM