A Tale Of Two Buildings: The Philadelphia Police Department Is Moving From The 'Roundhouse' To The Old Inquirer Building 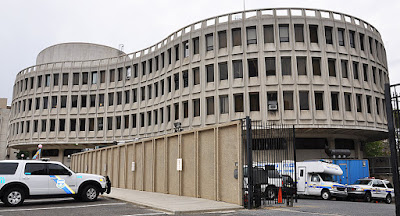 I have a personal attachment to both buildings. 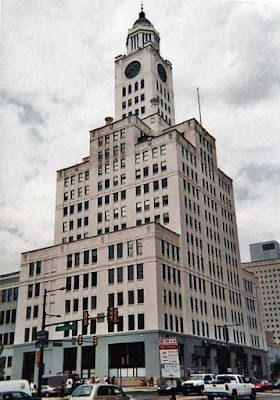 The downsized newspapers and Philly.com moved from the Inquirer Building in 2011 and sold the building as an economic move. The Inquirer, Daily News and Philly.com then took up residence at the offices of the old Strawbridge & Clothier department store at 8th and Market Street.

The Roundhouse, so named because of the building's curved structure (some say it looks like a pair of handcuffs from the sky), is an old, cramped and beat up place. The cops need and deserve a better headquarters, although I'll miss visiting the old building after the proposed 2020 move. (I'm not sure the police who work there every day feel quite the same way).

The Inquirer Building is also old and a bit rundown, but I suppose it is a step up from the Roundhouse.

The small irony of the move is the Inquirer and Daily News had and have something of an adversarial relationship with the Philadelphia Police. So the cops moving into the old Inquirer Building is perhaps akin to allied military forces moving into German military headquarters in Berlin at the end of WWII.

You can read Jake Adelman's Philadelphia Inquirer piece on the move via the below link:

And you can read Philadelphia Daily News columnist Stu Bykofsky's take on the move via the below link: