Producer Don Pearson: Ralph Natale And 'Last Don Standing' Will Do For Philadelphia What 'Goodfellas' Did For New York 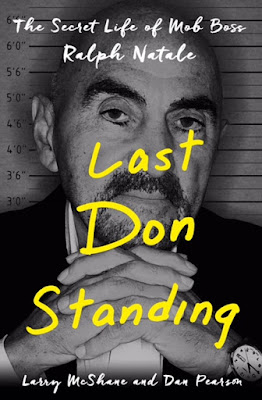 Open the “Last Don Standing” and you’re transported to the mafia underworld in Philadelphia through the eyes of former mob boss Ralph Natale.

The new book, by New York Daily News veteran reporter Larry McShane and television producer Dan Pearson, reads like an episode of “The Sopranos” except that it’s true. Natale — who, in 2000, became the highest ranking Mafioso to become an FBI witness testifying against fellow mobsters — rose through the ranks of the Philadelphia mafia. The story details a who’s who of mobsters, crooked labor bosses and politicians, who siphoned money out of Atlantic City casinos. Natale lived through the bloody period of mafia in-fighting marked by murders in South Philadelphia bars, restaurants and along the Schuylkill Expressway as mobsters vied for control after Angelo Bruno, known as “the Docile Don,” met his untimely demise.

“I’ve been in trouble since the day I came out of my mother’s womb,” Natale says in the book.

McShane, who reported for The Associated Press before his current newspaper job, said that he covered New York City in the 1980s when “the big FBI crackdown on the mob” happened. And, McShane is also the author of another mafia book, “Chin: The Life and Crimes of Mafia Boss Vincent Gigante.”

…Pearson, who produced the Discovery Channel’s “I Married a Mobster,” said that he met Natale after Kitty Caparella, a former Philadelphia Daily News reporter, introduced him to a woman who was Natale’s girlfriend. As he got to know Natale, Pearson said, “I realized the things he told me were true. I reached out to different people in La Cosa Nostra and guys that had done time with him.” Natale was known for “loyalty and as a stone-cold killer,” said Pearson. “As we went on with the relationship and the conversations, I realized this was American history with the mafia.”

Pearson is now turning “Last Don Standing” into a movie with actor Frank Grillo lined up to play Natale.

“It’s going to do for Philadelphia what ‘Goodfellas’ did for New York,” Pearson said. “The Ralph Natale story is about a boss,” he said. “It ensconces the mafia world from all around the country with legendary names like Teamsters union leader Jimmy Hoffa.” Natale admitted to eight murders while “in ‘Goodfellas’ Henry Hill never admitted to one,” said Pearson, 57. “There’s a big difference between being a (mob) associate and being a boss. We’re going to set the record straight.” 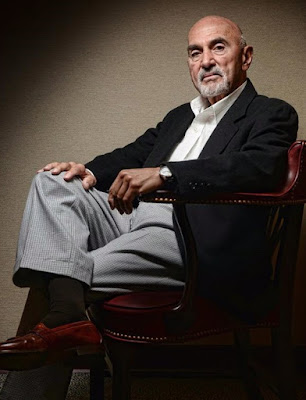 You can also read my interview with Ralph Natale via the below link: