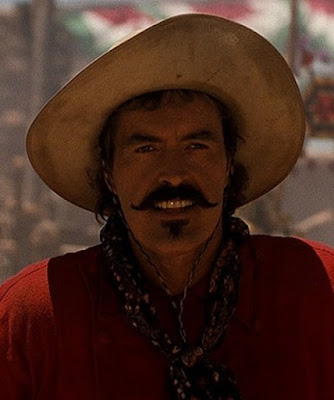 LOS ANGELES — Powers Boothe, the character actor known for his villain roles in TV’s “Deadwood,” and in the movies “Tombstone,” ”Sin City” and “The Avengers,” has died. He was 68.

Boothe’s publicist said he died of natural causes at his home in Los Angeles on Sunday.

You can watch a couple of clips of Powers Boothe in Tombstone, one of my favorite western films, via the below link:

Note: Powers Boothe was a fine actor. I liked him in Tombstone and he was also very good as Raymond Chandler's iconic detective Philip Marlowe in the HBO series. He will be missed.
Posted by Paul Davis at 10:28 AM