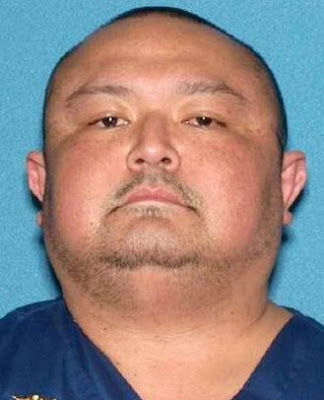 The U.S. Attorney’s Office District of New Jersey released the below information:


NEWARK, N.J. – A Bergen County doctor today admitted distributing opioids without a legitimate medical reason and falsifying medical records to cover it up, U.S. Attorney Craig Carpenito announced.
Robert Delagente, 45, of Oakland, New Jersey, pleaded guilty before U.S. District Judge Claire C. Cecchi in Newark federal court to an indictment charging him with one count of conspiracy to distribute controlled dangerous substances, three counts of distribution of controlled dangerous substances, and one count of falsifying medical records.
“This defendant knowingly prescribed for his patients some of the most dangerous and addictive drugs available, sometimes with no more contact than a text message from the patient,” U.S. Attorney Carpenito said. “Many of these patients were dealing with pain and addiction, and instead of getting help from their doctor, they were drawn deeper into the cycle of drug abuse. His admission of guilt today ensures that he will be appropriately punished for this behavior.”
“Dr. Delagente sold his ethics, his medical license, and his moral compass,” FBI-Newark Special Agent in Charge Gregory W. Ehrie said. “There is no magic elixir for the pain caused by pill mill doctors. The cure is public awareness, victims who come forward and a determined fleet of FBI investigators who will arrest these unscrupulous practitioners when they run afoul of the law.”
According to documents filed in this case and statements made in court:
Beginning in May 2014, Delagente was a doctor at a medical practice called North Jersey Family Medicine (NJFM) in Oakland, New Jersey. He allegedly described himself in conversations pertaining to his prescribing of painkillers as the “Candy Man” and the “El Chapo of Opioids.” Delagente knowingly prescribed controlled substances, such as oxycodone, Percocet, Tylenol with codeine, and various benzodiazepines (alprazolam, diazepam, clonazepam, and temazepam), outside the ordinary course of professional practice and without a legitimate medical purpose. He ignored the inherent danger and medical risk of overdose, drug abuse, and death that can accompany prescriptions of highly addictive opioids, benzodiazepines, and muscle relaxers, both on their own and in combination with one another.
Delagente prescribed controlled substances without ever seeing the purported patient for a medical visit or even discussing with the patient the medical need for the prescription. He allowed patients to ask him for controlled substances via text message and would write a prescription for patients that he would leave at the front desk, without requiring an office visit or consultation of any kind. He allowed patients to dictate the strength and dosage of the controlled substances he prescribed for them. Delagente also prescribed the dangerous drug combination known as the “Holy Trinity,” comprised of opioids (usually oxycodone), benzodiazepines (usually alprazolam) and muscle relaxers (usually carisoprodol).
Delagente failed to monitor patients for addiction and ignored drug screening tests to determine whether certain patients were taking illicit drugs. In fact, Delagente prescribed controlled substances to patients he knew were addicted to opioids or other controlled substances. In one instance, an NJFM employee texted Delagente that a patient had gotten a babysitter and driven a long distance to get to the practice, but had been unable to see a doctor. Delagente responded: “Oh well … C’est la vie! Lol … He can wait for his oral heroin another day. Lol.”
One patient texted Delagente that the patient “probably can’t stop the pk’s,” referring to painkillers. The patient told Delagente that the patient “would need a plan to stop…not cold turkey.” A few days later, when the patient was having trouble obtaining pain medication, the patient wrote to Delagente that “If I go 4 days without [painkillers] I am in huge trouble.” In response, Delagente wrote “I will leave you a short supply RX [prescription] at the front to pick up.” Delagente then wrote the patient a prescription for 120 tablets of 30-milligram oxycodone for 30 days. Delagente at one point told this patient: “I’m literally sticking my neck out and can lose my medical license or [be] arrested for what I just did.”
Delagente also was charged with altering medical records of patients who received controlled substance prescriptions from him after law enforcement officials had subpoenaed the records in late April 2019.
Delagente faces a maximum penalty of 20 years in prison and a $1 million fine on each of the distribution of controlled dangerous substances charges. Delagente faces a maximum penalty of 20 years in prison and a $250,000 fine on the charge of falsifying medical records. Sentencing for Delagente is scheduled for June 10, 2020.
U.S. Attorney Craig Carpenito credited special agents of the FBI, under the direction of Special Agent in Charge Ehrie in Newark, with the investigation leading to today’s guilty plea.
The government is represented by Assistant U.S. Attorneys Jason S. Gould of the Health Care Fraud Unit and Sean M. Sherman of the Opioids Unit in Newark.
Posted by Paul Davis at 11:13 AM