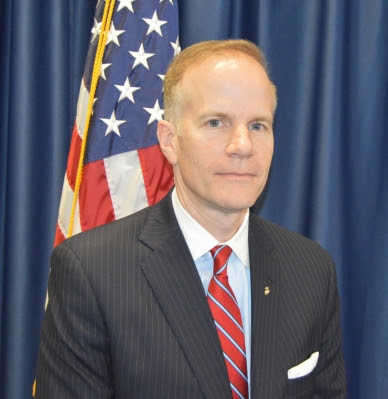 The U.S. Attorney Office Eastern District of Pennsylvania released the below statement:
PHILADELPHIA – United States Attorney William M. McSwain released the following statement regarding the proposed drug injection site in South Philadelphia today:
Yesterday morning, Safehouse announced during a press conference that it intends to open a heroin injection site in South Philadelphia next week – although it did not specify the precise location or the precise date, in keeping with Safehouse’s consistent lack of transparency in dealing with the community.  By contrast, I wanted to update the community on the efforts of the U.S. Attorney’s Office to prevent this proposed site from opening.  First, yesterday afternoon, my Office filed its official Notice of Appeal with the U.S. District Court, which begins the process of the U.S. Court of Appeals for the Third Circuit’s review of the District Court’s decision.  Second, my Office will be filing a motion today for the District Court to stay its final order during the pendency of the appeal.
This request for a stay is critically important.  My Office filed suit against Safehouse in the first place to bring order, reason and fairness to a potentially explosive situation.  The current dispute over injection sites should be settled in the courts, not in the streets.  But, that court process is not over, and I believe that a stay is appropriate so that the dispute will continue to be resolved via careful, reasoned analysis and not deteriorate into a literal street fight.  Here, a stay would preserve the status quo while the Third Circuit examines the legality of the proposed site, and would prevent the chaos that would occur should Safehouse lurch forward with an opening while the case is still ongoing.
This unnecessary chaos was on full display at Safehouse’s press conference yesterday morning.  That press conference was a dumpster fire.
The press conference featured, among other things, understandably angry South Philadelphia residents yelling at former Governor Rendell, calling him unworthy of the title of Governor and berating him as a “sneak” for hiding his intention to locate the first injection site in South Philadelphia, as well as a sitting City Councilman (Mark Squilla) screaming at Safehouse’s founders that their proposal was “horrible and a disgrace” and “not a part of democracy” because he and his constituents had never been informed about Safehouse’s plans.

It also featured plenty of logical inconsistency: Governor Rendell, for example, claimed that an injection site in Philadelphia would have saved the life of his friend’s son (who tragically overdosed in his parents’ home) on the assumption that this young man would have traveled from the suburbs to the site to inject.  Immediately contradicting this, Safehouse co-founder Ronda Goldfein, in response to angry questions from South Philadelphia residents who fear that the site would draw addicts to their neighborhood, adamantly insisted that “nobody” from outside the South Philadelphia neighborhood would use the site.  Goldfein quickly became irritated with the residents’ legitimate questions; things got so bad that she threw in the towel and deferred any questions to an imaginary, future community meeting to be held at an unnamed time and place.
The sad fact is that Safehouse’s secretive, haphazard “plan” has not been vetted with any of the affected neighborhood residents, community groups, City Council members, State Representatives or State Senators.  It is being unfairly foisted on them on the assumption that they don’t matter.  It is treating them like fools.
The residents of Philadelphia deserve better than this.  And my Office will continue to fight for it – and for them.
Posted by Paul Davis at 2:33 PM