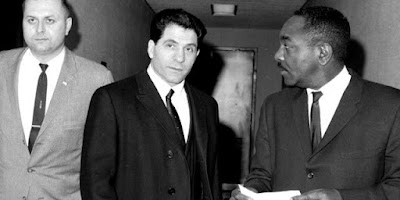 
As a younger man, according to Mafia lore, Franzese was a big spender and a regular at New York's Copacabana nightclub, where he hobnobbed with Frank Sinatra and Sammy Davis Jr.

Franzese died of natural causes at a nursing home in New York, Fox News confirmed.
You can read the rest of the piece via the below link:
https://www.foxnews.com/us/sonny-franzese-legendary-new-york-mobster-dead-at-103
Posted by Paul Davis at 1:49 AM