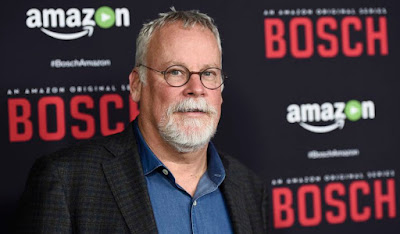 Shifting from his longtime police detective character Harry Bosch, Mr. Connelly’s latest crime thriller offers Jack McEvoy, his character from his earlier novels “The Poet” and “The Scarecrow.” Like those earlier novels, McEvoy is pursuing a serial killer.

This killer uses DNA tests and the dark web to target his promiscuous and vulnerable female victims. The serial killer, known as “the Shrike,” murders his victims by Atlanto-occipital dislocation, which the medical examiner explains is internal decapitation. The Shrike snaps their necks.

Jack McEvoy becomes involved in the case when two Los Angeles detectives visit him and ask him about a murdered woman that he was briefly romantically involved with. The detectives asked him where he was the night the woman was murdered. He told them he was at a work meeting and there were people who could verify his being there.

One of the detectives then asked the reporter to tell them again about him and the murdered woman.

“I could tell what he was doing. Jumping around with his questions, trying to keep me off balance,” Mr. Connelly writes. “I covered cops for almost two decades for two different newspapers and the Velvet Coffin blog. I knew how it worked. Any slight discrepancy in retelling the story and they would have what they needed.”

The reporter volunteers for a DNA test knowing it will eliminate him as a suspect, and he then begins to investigate the murder.

Once a reporter for the Los Angeles Times, Jack McEvoy is now writing for a website called “FairWarning.” His editor at FairWarning is cool to the story as the site covers consumer protection and not murder. Despite warnings from the police, Jack McEvoy looks into the murder and discovers there are other murders similar to the woman he knew. He learns that the killer hunts women using genetic data that the victims voluntarily give to a dating web site. 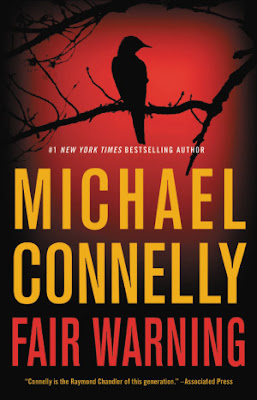 “Not the details of his life, growing up in Colorado and having a twin, but what is autobiographical is his view of the business,” Mr. Connelly said. “So, when I’m writing this story, I’m not pushing my chair back away from the computer and rubbing my chin, wondering what this character would do. I just wrote what I would do. He says what I would say and thinks what I would think. So, in that way we’re pretty close. I don’t know if that qualifies as autobiographical.”

https://www.washingtontimes.com/news/2020/jul/16/michael-connelly-on-fair-warning-and-his-crime-rep/
Posted by Paul Davis at 2:47 AM