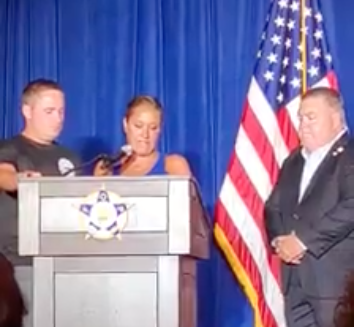 Ralph Cipriano (seen in the bottom photo) offers a piece at BigTrial.net on the widow of a Philly cop (seen in the above photo) who was murdered by a criminal released by Philly’s progressive D.A.


Terri O'Connor has a message for District Attorney Larry Krasner.


She's speaking out for the first time since her husband, Corporal James O'Connor (seen in the below photo with his police officer son), was murdered on March 13th. At the time, Corporal O'Connor and his fellow SWAT team members were serving an arrest warrant on an armed and dangerous drug dealer who should have been in jail, if it wasn't for Krasner's permissive policies.


The officer's widow, a former police dispatcher, gave her speech on  Thursday night at an emotional "Back the Blue" rally held at the FOP lodge, where the guests included Vice President Mike Pence.


During the four long months since her husband was murdered, "I kept my mouth shut and I kept my opinions to myself," Terri O'Connor said. "But I can say for now, I will be the name, the face, the loud voice, whatever it takes. I will try to make our district attorney's life miserable," she said to a standing ovation.


"Someone needs to make him [District Attorney Larry Krasner] pay for the pain he has not only caused my family but is now continuing to do to our extended police family," she said. "I will not go down without a fight."


Terri O'Connor was remarkably composed when she came to the podium. At her side was her son, James Jr., a police officer in the Sixth District, and FOP President John McNesby.


"Hello everyone, for those of you that don't know me, my name is Terri O'Connor," she began before giving a powerful four-minute speech that left an audience in tears.


"I lost my husband Jim four months ago in the line of duty. He was a member of the Philadelphia Police for 23 years and he served as a corporal in the SWAT unit for the last 15 years. Seventeen weeks ago tonight at around this same time Jim and I were out celebrating my birthday. We had just come back from a fabulous vacation four days prior."


"Life was great," she said. "As empty nesters. we were already preparing for our next vacation a short six weeks later, our 25th wedding anniversary."


"Roughly 12 hours later," she said, breaking into tears, "Jim was gone. He was pronounced dead at 6:09 a.m. Jim was just doing his job. While just doing a job he loved, his life was unfairly taken from him by a criminal who should have never been out on the streets."


"Our world fell apart," she said. "With him being gone nothing seemed right any longer."


Terri O'Connor is right when she says that Hassan Elliott, her husband's accused murderer, should have been in jail.


On Jan. 24, 2018 in Philadelphia Common Pleas Court, Elliott pleaded guilty to a negotiated plea of carrying firearms without a license. The judge sentenced Elliott to 9 to 23 months in prison and three years probation. But on Jan. 24, 2018, Elliott walked out of court a free man because the judge accepted as his prison term the amount of jail time previously served.

While he was on probation, Elliott was brought before the judge three times for alleged parole violations. But rather than put Elliott in jail for any lengthy time period, where he belonged, the district attorney's office repeatedly gave Elliott one break after another.
… If you wonder why the murder rate this year in "Killadelphia" is on a record pace for 400 homicides, look no further than the permissive policies of D.A. Larry Krasner, the alleged criminal justice "reformer" who is directly responsible for the death of Corporal O'Connor. And many more tragedies.


… Then, Terri O'Connor took a public swipe at Mayor Kenney, known for his public pandering to protesters, rioters, and looters, and empty rhetoric and outright disrespect when it comes to the cops.


This is the same mayor who just gave 756 protesters arrested by the cops during the George Floyd riots a free pass, by announcing that he was dropping all the charges against them.


"It's pretty pathetic that the mayor from the small town of North Wildwood where we spend about six weeks in summer has given our hero more recognition than our own mayor," Terri O'Connor said, to wild applause. 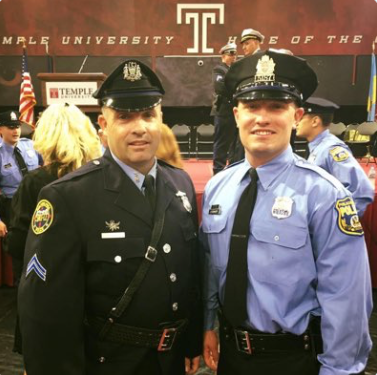 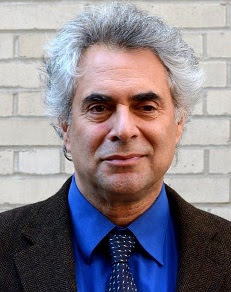