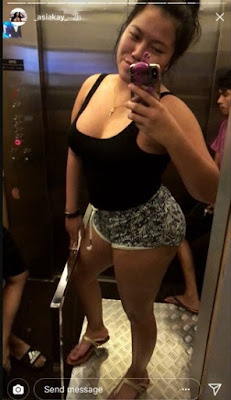 The Military Times, an independent newspaper that cover the U.S. military, offers a four-part series on the Naval Criminal Investigative Service’s (NCIS) investigation into Americans sailors involved in sex trafficking in Bahrain.

It all started on WhatsApp.

The first in a cascade of U.S. Navy investigations into sailors accused of trafficking, housing and pimping female prostitutes in the Middle East can be traced back to June 2017 and a string of sex-charged encrypted text messages between a sailor in Bahrain and a Thai prostitute he met on the island.

“Yo u sexy than a mother fucker with your mean ass,” Gunner’s Mate 2nd Class Jihad H. Littlejohn had texted the woman on June 4, 2017, according to Navy court records.

Prosecutors would later allege that Littlejohn, a 29-year-old from New Jersey then assigned to the patrol ship Hurricane, had paid the so-called “working girl” for sex.

"I want to sleep on your titty,” the sailor had texted her.

“Lol you gotta pay,” she replied, according to court records.

But the woman, Lin Raiwest, was more than just another prostitute. Court records show she also was known as a “mamasan,” a pimp who managed her own stable of prostitutes that she trafficked, protected and profited from.

Court records show she told him she was going to buy “some more girls” from Thailand and would put them to work in Bahrain’s lucrative sex trade ― one often fueled by U.S. military personnel stationed there.

“You want some?” she asked the sailor in a text.

“Hell yea I do,” Littlejohn replied.

“Girls for what?” he asked.

Navy prosecutors later cited the text message exchange to allege that the duo had hatched a plan to fly several women in from Thailand, house them in Littlejohn’s off-post apartment and put them to work selling sex, with Littlejohn expected to take a cut of their earnings.

To seal the deal, Littlejohn allegedly paid Raiwest 1,000 Bahraini dinar (about $2,650 at the time) to front the cost of getting the prostitutes from Thailand to Bahrain, according to court records.

In return, Raiwest gave him her passport as collateral.

For reasons that remain unclear, Raiwest didn’t testify at Littlejohn’s trial and the petty officer was acquitted on all charges last summer.

But in 2017, this alleged partnership between Littlejohn and Raiwest — chronicled in the text messages she provided to NCIS — helped spark a web of investigations that revealed how deeply involved some U.S. sailors had become with the commercial sex trade in Bahrain.