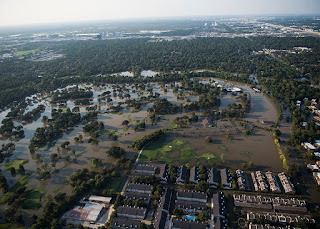 A total of 1,638 active-duty service members and 1,254 DoD civilian employees and contractors are also supporting operations in Texas. Another 1,050 service members are prepared to deploy if needed.

Lifesaving remains the priority for civilian and military officials in the state, but floodwaters are beginning to recede in many areas and resources are being dedicated to recovery operations, officials said.

The Coast Guard has 46 helicopters and 10 fixed-wing aircraft conducting missions. The service also deployed shallow-water boats that are assisting the block-by-block search and rescue efforts, defense officials reported. More than 10,500 people have been rescued or assisted by Coast Guardsmen.

The Army Corps of Engineers is conducting air and ground post-storm assessments and harbor surveys in coordination with interagency partners. Two dredges are on standby, with two USACE dredges in ready reserve. Corps planners are also looking to providing up to 13,000 housing units.

The Defense Logistics Agency is providing 10 million shelf-stable meals -- the civilian equivalent of meals, ready-to-eat. The agency is also providing 1.5 million liters of water a day.

On the medical side, Brooke Army Medical Center in San Antonio is providing medical treatment for up to 7,000 victims of the hurricane and associated flooding.

And more help is coming. The Navy ordered the amphibious assault ship USS Kearsarge, with the embarked 26th Marine Expeditionary Unit, and the dock landing ship USS Oak Hill to sail to the region. The ships departed yesterday from their home ports in Virginia and are set to arrive Sept. 6. They will be in position to provide medical support, maritime security and medium and heavy lift air support and can assist with the delivery and distribution of recovery supplies, Navy officials said. These types of ships were also used for similar missions after Hurricane Katrina.

You can click on the above photo to enlarge.
Posted by Paul Davis at 3:21 PM