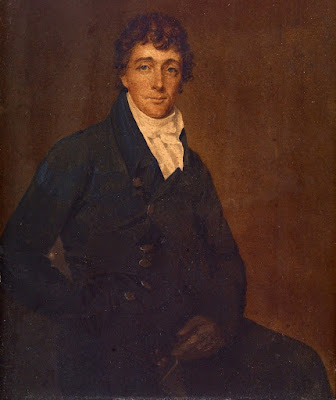 As History.com notes, on this day in 1814 Francis Scott Key penned the Star-Spangled Banner from the deck of a British ship as the British attacked Baltimore.

On this day in 1814, Francis Scott Key pens a poem which is later set to music and in 1931 becomes America’s national anthem, “The Star-Spangled Banner.” The poem, originally titled “The Defence of Fort McHenry,” was written after Key witnessed the Maryland fort being bombarded by the British during the War of 1812. Key was inspired by the sight of a lone U.S. flag still flying over Fort McHenry at daybreak, as reflected in the now-famous words of the “Star-Spangled Banner”: “And the rocket’s red glare, the bombs bursting in air, Gave proof through the night that our Flag was still there." 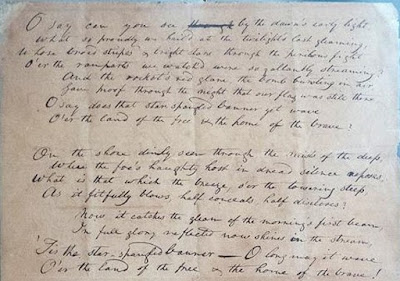 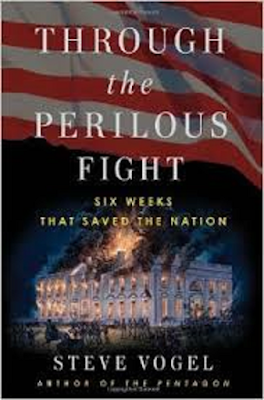 Note: If you want to learn more about Key and the battle in the War of 1812 that inspired Key, you should read Steve Vogel's Through the Perilous Fight: Six Weeks That Saved the Nation.
Posted by Paul Davis at 10:34 AM

Labels: Francis Scott Key, history.com, On This Day in History, The Star Spangled Banner, Through the Perilous Fight, War of 1812