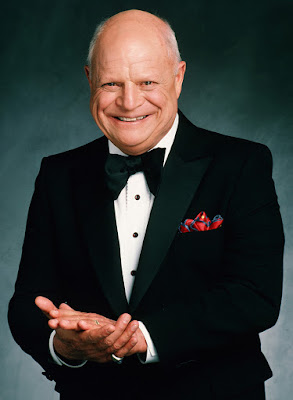 The piece covers Don Rickles appearance with Robert De Niro and Martin Scorsese, his co-star and director of the classic crime film Casino, on his show Dinner With Don.

Even at a rich 90 years old, Don Rickles was among the sharpest comedians of them all. The legendary insult comic, who died in April, was the king of comebacks, a talent he flaunted in his final project, Dinner with Don. The series, taped last year, features Rickles having a nice dinner with an array of famous comedians, including Amy Poehler, Jimmy Kimmel, and Zach Galifianakis. Of course, that nice dinner comes with a healthy helping of Rickles roasting his guests within an inch of their lives.

In an exclusive clip for Vanity Fair, you can now watch the very first episode of Dinner with Don, featuring the late comedian tucking in with fearsome film duo Martin Scorsese and Robert De Niro. The trio go way back to when Scorsese cast Rickles as a fast-talking manager in the 1995 gangster classic Casino. They remained friends over the years, with Scorsese and De Niro joining a star-studded lineup for a Rickles tribute in 2014. The drama duo tapped into their inner insult comics when celebrating the comic, throwing hilarious barbs with Rickles–esque alacrity.

“I loved and admired Don, but I don’t want to say anything nice about him,” De Niro said in a statement to Vanity Fair. “It might piss him off and make him come back from the dead.”

You can also read an earlier post on Don Rickles via the below link:

You can also watch Don Rickles insult Frank Sinatra on the Johnny Carson show via the below link: