The Bull Of The Pacific: Admiral Bull Halsey - The Right Navy Leader At The Right Time 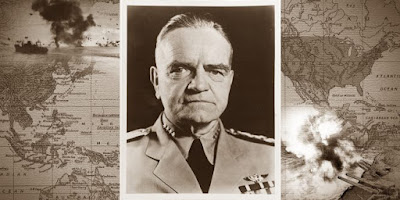 Just last week I watched The Gallant Hours on cable TV. The 1960 film was about Admiral "Bull" Halsey (seen in the center of the above photo) in World War II and starred the late actor Jimmy Cagney, who resembled Halsey and captured his personality. The film was directed by Robert Montgomery, himself a WWII Navy combat veteran.

The Gallant Hours is a great Navy war film with a great director, a great actor and about a great Navy leader.

The U.S. Navy released the below remarks about Halsey by Rear Admiral Brain Fort (seen in the below photo), the commander of Navy Region Hawaii and Naval Surface Group Middle Pacific: 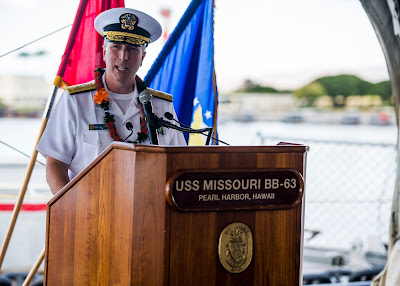 On Sept. 2, I had the privilege of attending a ceremony on the battleship Missouri to commemorate the 72nd anniversary of the end of World War II in the Pacific. The theme was “They Stood Tall, They Held the Line and They Set the Course to Peace,” and the focus was on the 75th anniversary of the Battle of Guadalcanal in the Solomon Islands.

Among the reasons last week’s commemoration was special for me personally, I had the chance to meet and speak with World War II veterans and United States Marines – always an honor; I was invited to speak about the history, heritage and legacy associated with Guadalcanal; and did I mention we were aboard the “Mighty Mo,” Battleship Missouri Museum!

Back in 1945, USS Missouri (BB 63) hosted the signing ceremony for the end of the War in the Pacific. At the time, Missouri was flagship of Adm. William “Bull” Halsey.

Adm. Chester Nimitz and Adm. E. J. King handpicked Halsey to serve as the wartime commander of the South Pacific for a reason. They needed someone with his “very particular set of skills,” to quote Liam Neeson. They needed him Halsey to take command in the South Pacific, where, according to the historical record, other Navy leaders were overly cautious and risk averse.

Halsey took charge in the Solomons, where our Marines were in a bitter fight with Imperial Japanese forces. He gathered all available ships, ordered mechanics to work around the clock to repair ships and make them battle-read, maximized use of patrol torpedo boats (to great effect) and changed the maritime strategy from strictly defense to bold offense – willing to take cruisers and destroyers to engage with more powerful Imperial Japanese Navy battleships.

No wonder the United States Marine Corps loves him to this day. Marines defended Henderson Field and beat back enemy forces throughout late summer and early fall of 1942. Then, on Friday, Nov. 13, under Halsey’s orders, Adm. Daniel Callaghan led a fierce and deadly fight against the enemy in Sealark Channel off Guadalcanal.

In a close and thunderous gunfight, five American cruisers and eight destroyers went up against two enemy battleships, one cruiser and 14 destroyers. The result: brutal wounds, terrible damage and significant losses on both sides. Callaghan lost four ships and was himself killed, but Imperial Japan lost one battleship and two destroyers – their seeming invincibility was smashed.

Halsey was deeply saddened by the losses of his Sailors and ships. Nevertheless, he and Nimitz considered the Naval Battle of Guadalcanal in the South Pacific one of the key turning points of the war.

The Battle of Guadalcanal would wage on for several more months, but the clear naval victories in November meant that our Marines, Soldiers, Sailors, Airmen and Coast Guardsmen would continue rising to the challenge to advance up the “ladder” toward Japan. At Guadalcanal, they stood taller, they held the line and they set the course to peace. 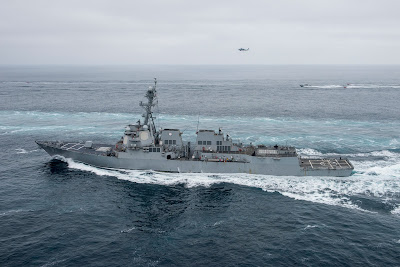 Today, we have 10 homeported ships in Pearl Harbor ready to protect freedom, security, stability and prosperity in the Pacific, and one of those ships is namesake to the take-charge admiral who ensured victory at Guadalcanal. The guided-missile destroyer USS Halsey’s motto is a quote from Halsey, “Hit hard, hit fast, hit often.”

Like any of us, Adm. Bull Halsey was far from perfect. But in 1942, he was the right leader at the right place at the right time. If our call comes to “fight tonight” we will need bold leaders like Halsey who can inspire and lead warfighters. Semper Fi. Semper Fortis.

Note: The above photo is of the USS Halsey at sea. 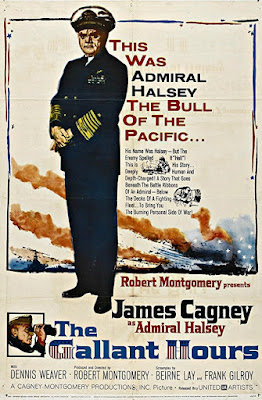