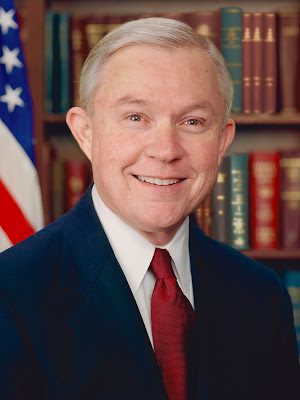 Attorney General Jeff Sessions today issued the following statement on the FBI's 2016 Law Enforcement Officers Killed and Assaulted report, which show an unacceptable rise in law enforcement officers assaulted and killed in the line of duty:

"Every law enforcement officer goes to work knowing that today might be his or her last.  But last year, we saw a staggering 61 percent increase in the number of law enforcement officers killed in the line of duty because of a felony, and on average, more than 150 officers were assaulted in the line of duty every single day. These numbers are as shocking as they are unacceptable.

“In one of his first Executive Orders to this Department, President Trump directed us to prevent violence against law enforcement officers.  He stands with our law enforcement 100 percent—and so does this Department of Justice. That's one more reason why we're focused on the President's goal of reducing violent crime and united with local, state, and federal law enforcement in our shared mission to protect law-abiding people in every community."

For the full comprehensive data tables about these incidents and brief narratives describing the fatal attacks and selected assaults resulting in injury, please see  the 2016 edition of Law Enforcement Officers Killed and Assaulted report, released today.
Posted by Paul Davis at 7:05 AM