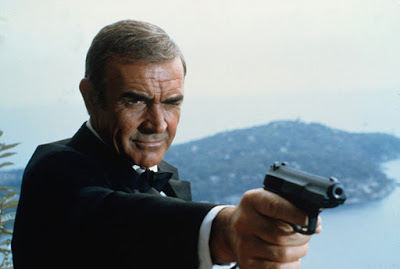 As History.com notes, on this day in 1983 actor Sean Connery returned to the role of British secret agent James Bond.

On this day in 1983, Sean Connery stars in Never Say Never Again as the British secret service agent James Bond, a role he last played in 1971. The film’s title referenced the fact that the Scottish-born actor had previously remarked that he would never play Agent 007 again.

Connery went on to play the debonair 007 in From Russia With Love (1963), Goldfinger (1964), Thunderball (1965) and You Only Live Twice (1967). The Australian actor George Lazenby assumed the role of Bond for On Her Majesty’s Secret Service (1969), while Connery returned for Diamonds Are Forever (1971) and Never Say Never Again (1983), a film regarded as “unofficial” because it wasn’t produced by EON Productions, the company behind all the other Bond films in the series. 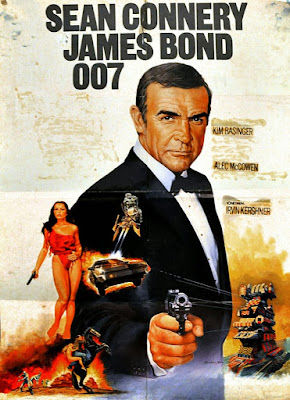 Note: Although Sean Connery is my favorite James Bond actor and one of my favorite actors, I was disappointed in Never Say Never Again.

There were some interesting and amusing moments in the film, such as when he and Kim Bassinger took a shower together aboard an American submarine after being rescued. While showering with Bassinger, Bond remarks, "It was never like this when I was in the Navy." (Both Connery and the Bond character were British Navy veterans).

But I thought the film was mostly silly and in no way compared to Connery’s classic Bond films from the 1960s, such as Dr. No, From Russia With Love and Goldfinger.


I liked the film's song, which was sung by Lani Hall. You can watch the video clip and listen to the song via the below link: