'It's Over': How I Captured Che Guevara 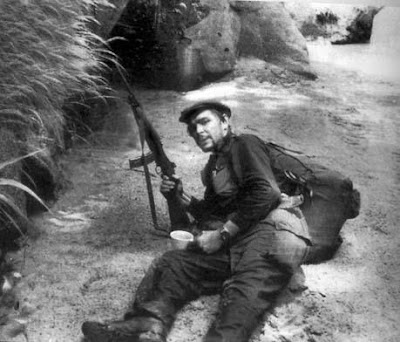 On October 8 1967, Ernesto 'Che' Guevara was captured in Bolivia. A key player in the 1959 Cuban revolution, Guevara had travelled to the country in the hope of turning it into one of the “many Vietnams” he had called for in his 1966 “Message to the Tricontinental”. Accounts of the events surrounding Guevara’s death have varied, and some details remain contested.

“On October 8 my soldiers were controlling the route out of the Yuro ravine, an area that was covered with thick underbrush, rocks and trees. At around one o’clock they shouted that they had two prisoners. I ran 20 metres uphill to see them and asked one of the captives to identify himself. ‘Che Guevara,’ he said. The other was ‘Willy’ [Simeón Cuba Sarabia, another guerrilla]. 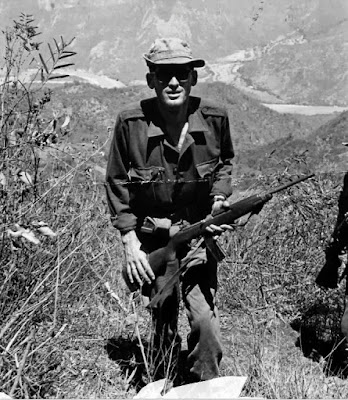 There were confusing rumours about three or four possible ‘Che Guevaras’ being in the region at that time, so it was essential to check his identity. I asked Che to show me his right hand because, according to the information I had, he had a scar on the back of it. The scar was indeed there. He didn’t look much like the photographs. He presented a pitiful figure, dirty, smelly and run-down. He’d been on the run for months. His hair was long, messy and matted, and his beard bushy. Over his uniform he was wearing a blue jacket with no buttons. His black beret was filthy. He had no shoes, just scraps of animal skins on his feet. He was wearing odd socks, one blue, one red. He looked like those homeless people you see begging in the cities pushing a supermarket trolley. I noticed that he was carefully carrying an aluminium pan with six eggs in it — it showed he’d had contact with the locals.

Che had been wounded in his right calf when trying to escape capture by running down the ravine. I had placed a machine gun to cover the area, plus a 60mm mortar to support it. My soldiers had opened fire on Che, hit him in the calf, made a hole in his beret and broken the M2 carbine he was carrying.

Che was depressed, completely demoralised. He was seeing the end. He’d had five guerrillas killed, so he wasn’t happy about that. He saw me calling up more troops to secure the area and said: ‘Don’t worry captain, this is the end. It’s over.’ I said: ‘It may be over for you, and you might be a prisoner now, but there are still some good fighters in the ravine.’

You can also read my Counterterrorism magazine piece on the capture of Che Guevara via the below link: