Ace Of Spies: A Look Back At The Late, Great Spy Sidney Reilly 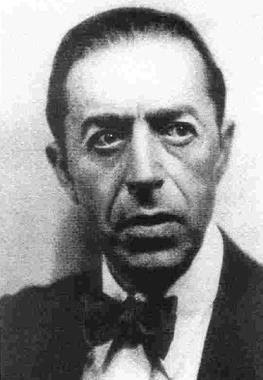 Sidney Reilly is one of the most interesting characters in the history of espionage. 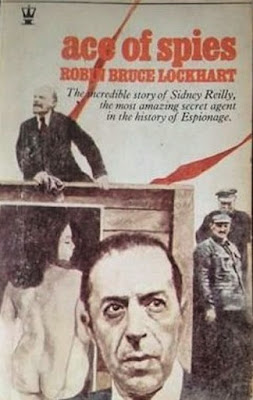 Lockhart's book was the basis for the outstanding TV series Reilly: Ace of Spies, staring Sam Neill as Sidney Reilly. 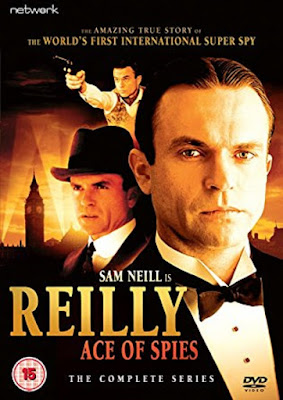 The International Spy Museum in Washington D.C. offers a look back at Sidney Reilly.

Considered by many the greatest spy in history. His heroic missions, quick thinking and love for the ladies made him the prototype for spies.

Born Sigmund Georgievich Rosenblum in Odessa, Russia in 1874, the son of a rich Jewish landowner. Was educated briefly through grade school but was largely self-taught from thereon. Over the years, became proficient as a linguist, learning to speak at least seven languages fluently.

Left Russia at the age of 19, stowing away on a ship and traveling to Brazil. Worked in Brazil in various occupations, including as a dishwasher, a cook and a bouncer.

Served as part of an expedition through the jungle in Brazil, working as a cook for a group of British explorers. The group was attacked by cannibals and Reilly bravely grabbed a revolver and shot several of the attackers dead, driving off the rest. The grateful explorers invited Reilly to return with them to England. Impressed with his language skills, they steered him in the direction of the intelligence community.

Received training in espionage and was dispatched by the British back to Russia to gather information. Returning successfully, Reilly was given a permanent position with the British Naval Intelligence Department (NID).

Was very popular with the ladies. carrying on several affairs. Had a brief affair with noted author Ethel Voynick. Later began an affair with Margaret Callahan, the young wife of Reverend Hugh Thomas. Reilly had met Reverend THomas advising him on cures for his kidney information. When Thomas was found dead in his room at the Newhaven Harbour Station hotel. Apparently, a person claiming to be a doctor named T.W.Andrew, who bore a strong resemblance to Reilly, certified the death as a result of generic influenza and ordered no inquest be held. Despite the fact that there was no record of a doctor by that name in Great Britain at the time, Thomas’ wife Margaret inherited about £800,000. Reilly subsequently married her on August 22, 1898. At this time, he discarded the name Sigmund Rosenblum and became known as Sidney George Reilly. Was granted British citizenship soon thereafter.

Was sent by NID to Holland during the Boer War where he was to gather information on the armaments shipments being sent to South Africa. Used his innate ability for disguise to assume identities and assumed the role of a Russian arms purchaser. Under this guise, he put himself in a position to inspect the arms development at certain Dutch facilities. Once again, he returned to Britain with valuable information, impressing his superiors. He enjoyed similar success on a number of other assignments and became known within NID as one of the top agent within the agency.

Had a natural flair for his assignments, cool-headed, creative and brave. A master of disguise, he also possessed remarkable acting skills, allowing him to don almost any persona. He also possessed a confidence and bravery that prompted him to accept even the most dangerous and impossible assignments.

… Was executed by firing squad on November 5, 1925 outside of Moscow and buried in an unmarked grave. 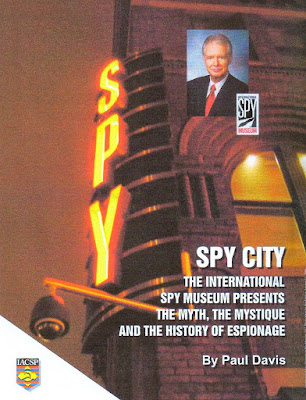 You can also read my Counterterrorism magazine piece on the International Spy Museum and the myth, the mystique and the history of espionage, via the below link