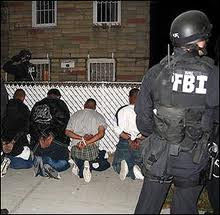 Stephen Dinan at the Washington Times offers a piece on the violent gang MS-13.

The violent MS-13 gang, which was nearly eradicated by the Bush administration, has been able to rebuild its ranks on the backs of illegal immigrant recruits, according to a new think tank report Wednesday.

Nearly a quarter of MS-13 gang members arrested or charged with crimes since 2012 came to the U.S. as part of the Obama-era surge of Unaccompanied Alien Children (UAC), including a staggering number who have faced murder charges, according to the Center for Immigration Studies, which looked at 506 cases.

Jessica Vaughan, the report’s author, said the Bush administration used immigration laws to go after even low-level MS-13 affiliates, and worked closely with local police — even in sanctuary cities — to try to target gang members.

The Obama administration changed the focus away from rank-and-file illegal immigrants and toward trying to make big cases, hoping to make major conspiracy cases instead.

The result was a collapse in enforcement.

“ICE officers were no longer permitted to arrest and remove foreign gang members until they had been convicted of major crimes. Gang arrests by ICE plummeted from about 4,600 in 2012 to about 1,580 in 2014,” Ms. Vaughan wrote.

She said those changes came just as the gangs were getting an influx of new members thanks to the surge of UAC that began in 2012 and was in full bloom by 2014, drawing tens of thousands of young males from Central America into the U.S. That’s the key recruiting pool for MS-13.

“According to local gang investigators, these gangs have been aggressively recruiting recently arrived Central American children as young as 10 years old,” she wrote.

Ms. Vaughan said sanctuary cities are feeding the problem by creating a no-questions-asked environment, of which the gangs are aware.

President Trump has elevated the issue of MS-13 this year, including inviting to the State of the Union address a top-level Homeland Security investigator and the parents of two teenage girls who were victims of a gang attack. 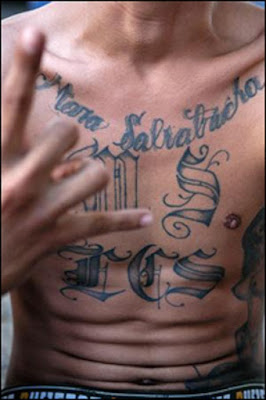 You can also read my Counterterrorism magazine piece on MS-13 via the below link: