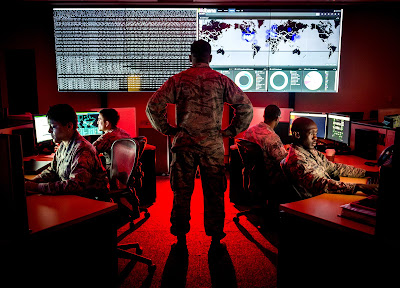 WASHINGTON, Feb. 27, 2018 — Although competitors such as China and Russia remain the greatest threat to U.S. security, rogue regimes such as Iran and North Korea have increased in capabilities and have begun using aggressive methods to conduct malicious cyberspace activities, the military’s top cyber officer told Congress today.

Navy Adm. Michael S. Rogers (seen in the below photo), director of the National Security Agency, commander of U.S. Cyber Command and chief of the Central Security Service, testified at a Senate Armed Services Committee hearing. 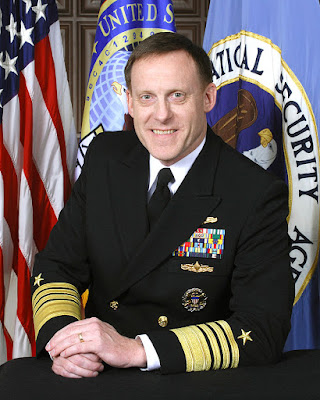 “Our adversaries have grown more emboldened, conducting increasingly aggressive activities to extend their influence without fear of significant consequence,” Rogers said. “We must change our approaches and responses here if we are to change this dynamic.”

But as the cyber domain has evolved, Rogers told the senators, Cybercom’s three major mission areas endure: protecting the Department of Defense Information Network; enabling other joint force commanders by delivering effects in and through cyberspace; and defending the nation against cyber threats through support to the Department of Homeland Security and others when directed to do so by the president or secretary of defense.

Joint Task Force Ares, created to lead the fight in cyber against the Islamic State of Iraq and Syria, has successfully integrated cyberspace operations into broader military campaigns, has achieved some “excellent results,” and will continue to pursue ISIS in support of the nation's objectives, the admiral told the Senate panel.

Cybercom also has significantly enhanced training in cyber operation platforms to prepare the battlespace against key adversaries, he said.

Milestones expected to be achieved this year include Cyber Command’s elevation to a combatant command responsible for providing mission-ready cyberspace operations forces to other combatant commanders, Rogers said.

In addition, the admiral said, Cybercom will be moving into a state-of-the-art integrated cyber center and joint operations facility at Fort Meade, Maryland, enhancing the coordination and planning of operations against cyber threats.

“Without cyberspace superiority in today's battlefield, risk to mission increases across all domains and endangers our security,” Rogers said.

Cybercom’s focus on innovation and rapid tech development has extended all the way to small businesses and working with the private sector while maintaining cybersecurity, Rogers told the committee.

“We intend in the coming year to create an unclassified collaboration venue where businesses and academia can help us tackle tough problems without needing to jump over clearance hurdles, for example, which for many are very difficult barriers,” Rogers explained.

After serving more than four years as a commander of Cybercom and after nearly 37 years of service as a naval officer, Rogers is set to retire this spring.

“I will do all I can during the intervening period to ensure the mission continues, that our men and women remain ever motivated, and that we have a smooth transition,” he said.
Posted by Paul Davis at 6:25 PM