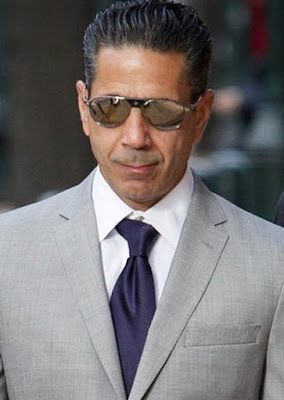 John Rubeo, an admitted gangster who worked with the Genovese family, testified in Manhattan Federal Court that Merlino was always a major underworld player — despite his attorneys’ claims he’d left the game for good.

The crime boss was arrested in August 2016 in a sweep that nabbed some four dozen alleged mobsters.

Merlino’s lawyers have sought to paint the reputed gangster as a man with a serious gambling problem who was only talking to Rubeo about borrowing cash.

After Merlino got out of federal lock up in 2011 — when he did time on different charges — he decamped to South Florida rather than return to Philadelphia, his lawyers said.

http://www.nydailynews.com/new-york/gangster-claims-accused-philly-mobster-instrumental-player-article-1.3791363
Posted by Paul Davis at 12:04 AM