Federal Criminal Complaint And Arrest Warrant Filed Against Pflugerville, TX Man Prior To His Death After Discharging Bomb 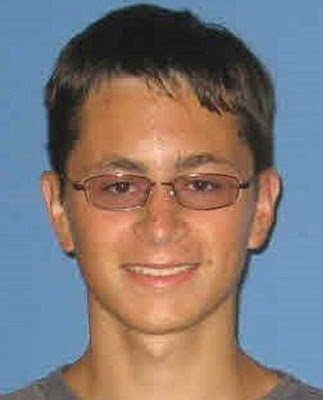 The U.S. Attorney’s Office Western District of Texas released the below information:

(Austin, TX) – Austin Police Chief Brian Manley, Federal Bureau of Investigation (FBI) Special Agent in Charge Christopher Combs, Bureau of Alcohol, Tobacco, Firearms and Explosives (ATF) Special Agent in Charge Fred J. Milanowski, Travis County District Attorney Margaret Moore and United States Attorney for the Western District of Texas John F. Bash announced that a federal criminal complaint and an arrest warrant were filed last night against 23–year-old Mark Conditt (seen in the above photo) of Pflugerville, TX, in connection with the recent series of bombings in Austin.  Those filings occurred before Conditt detonated a destructive device early this morning as authorities were attempting to apprehend him in Round Rock, TX.  Conditt died during the incident.

“Hundreds of federal, state and local law enforcement officers worked together to identify and locate Conditt.  I was awed by their professionalism, collaborative spirit, and indefatigable commitment to protecting the public,” stated United States Attorney John F. Bash.  “I send my deepest condolences to the families of Anthony Stephan House and Draylen Mason, and I pray for the recovery of the surviving victims of these monstrous crimes.”

The federal criminal complaint charged Conditt with one count of Unlawful Possession and Transfer of a Destructive Device.  The complaint affidavit remains under seal at this time.    The investigation continues at this time.  Because it is possible that further destructive devices were planted or mailed, residents of Austin and surrounding areas should call 911 if they see any suspicious package, bag, or backpack, or any other item that looks out of place.

“I appreciate all the hard work of the men and women of the Austin Police Department and our Federal partners for their tireless work in restoring peace to our community,” said Austin Police Chief Brian Manley.  “My thoughts and prayers continue to be with those victimized by these criminal acts committed.”

“I am grateful for the extraordinary leadership demonstrated by Chief Manley during this complex and challenging investigation.  He inspired an amazing team of law enforcement professionals and prosecutors who worked together and with members of the public to restore peace in our community,” stated FBI Special Agent in Charge Christopher Combs, San Antonio Division.

“Thank you to the City of Austin and the surrounding communities for coming together and remaining vigilant over the past three weeks.  By doing so, we were able to restore a sense of calm to the community,” stated ATF Special Agent in Charge Fred J. Milanowski, Houston Field Division.