Goldeneye: 'I Wrote A Couple Of My Biggest Songs There': Rocker Sting Reveals The Unlikely Place Where He Wrote Some Of His Greatest Hits 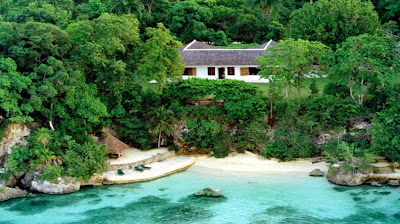 My wife and I first visited Jamaica in 1980. We fell in love with the lush tropical island, the beautiful Caribbean Sea and the warm and friendly Jamaican people.

We have returned to Jamaica time and time again over the years. The island feels like a second home to us.

Perhaps it was on the second or three visit to Jamaica in the early 1980's that my wife overheard me asking a Jamaican where Oracabessa was, as I was much interested in visiting Goldeneye, the former vacation home of the late, great British thriller writer, Ian Fleming.

I read about Goldeneye in a biography of Fleming and in several magazine and newspaper pieces. Fleming spent two months a year at Goldeneye in Oracabessa and he wrote all of the James Bond novels at this cliff -top villa that overlooks the Caribbean Sea. Fleming had steps carved out of the cliff, which lead down to a private beach and a small cave.
I was weaned on Fleming’s novels and I loved the early Bond films with Sean Connery as Bond, as my wife well knew. Unbeknown to me, when we returned home to Philadelphia my wife contacted a real estate agent in New York and booked a week’s stay at Goldeneye for us the following year.

When she told me we would be staying at Ian Fleming’s Goldeneye, I was delighted. Like Fleming, I went free diving in the cove and I worked at Fleming’s original Jamaican Blue Mahoe writing desk (Fleming is seen in the below photo at this desk). 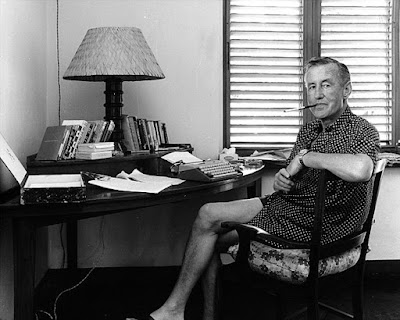 Just prior to taking off for Jamaica and Goldeneye, my wife and I were watching a TV show and Sting was being interviewed. We liked Sting’s music, so we watched the interviewed, but we were taken aback as Sting noted that he had stayed at Goldeneye, where he said he wrote some of his best music at this “magical place.” 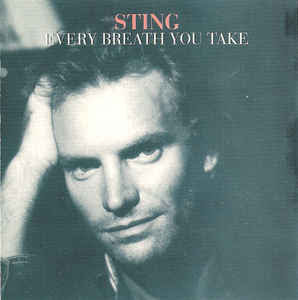 Sting recently mentioned Goldeneye and Jamaica again in an interview with the Daily Mail Australia.

Sting, real name Gordon Sumner, has revealed the unlikely place he wrote some of his biggest chart-toppers on Thursday's Project.

The former Police frontman was on the Network Ten show to promote his latest collaboration with Jamaican born singer Shaggy when he revealed that he wrote some of his most recognized songs at the desk of James Bond author Ian Fleming.

The admission came when Sting and Shaggy were talking about their latest duet, Don't Make Me Wait.

'The song is about your mutual love of Jamaica,' host Peter Helliar said. 'Shaggy, you were born in Jamaica, but Sting, what makes you love Jamaica so much? Where does that come from?

'I spent a lot of time in Jamaica in the '80s. I used to stay at Ian Fleming's house where he wrote all the James Bond books, and I used to sit at his desk ' Sting admitted.

Promoting his latest collaboration with Jamaican-born singer Shaggy, Sting revealed: 'I spent a lot of time in Jamaica in the '80s. I used to stay at Ian Fleming's house where he wrote all the James Bond books, and I used to sit at his desk '

He continued: 'I wrote a couple of my biggest songs of my career sitting at that desk. So it was my chance to make some sort of repayment of my emotional debt to the island. I love it.'

Pressing the issue, Peter asked the star what songs he composed at the famous desk to which he replied: 'Every Breath You Take, King Of Pain, Wrapped Around Your Finger....' 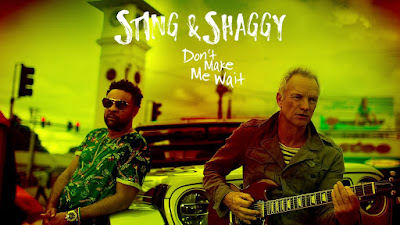 You can also watch the new Sting and Shaggy musical video via the below link: 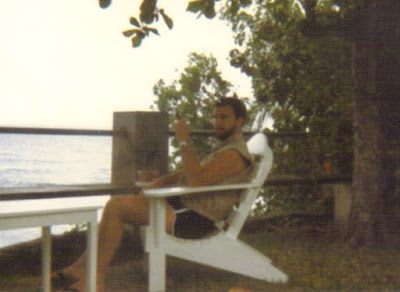 Note: The above photo is of me at Goldeneye.
Posted by Paul Davis at 11:51 PM