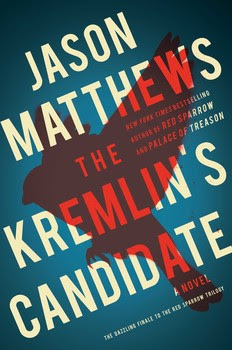 An ever-present nightmare for an intelligence agency is the prospect of an enemy officer winnowing his or her way into a position where he or she can endanger operations.

High-level traitors are not unknown in the trade. Consider the British officer Kim Philby who spied for the Soviets while working in counterintelligence for his country’s Secret Intelligence Service.

Author Jason Matthews posits an even more audacious penetration in his delightfully-readable novel in which Russia has positioned a candidate for the position of director of Central Intelligence.

Mr. Matthews writes with the insider-authenticity of an officer who served for 33 years in the CIA’s Operations Directorate, specializing in denied-area assignments.

“The Kremlin’s Candidate” is the third book in his Red Sparrow series, with carry-over characters, but nonetheless a stand-alone work. It reinforces Mr. Matthews‘ dominance as a writer of intelligence fiction.

https://www.washingtontimes.com/news/2018/mar/8/book-review-the-kremlins-candidate-by-jason-matthe/
Posted by Paul Davis at 1:12 AM