Out Of The Past: Talking To An Old Navy Tugboat Shipmate 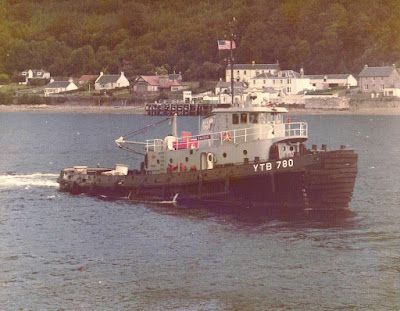 I was on the phone last night with Ricky Price from Kentucky, who served with me on the U.S. Navy Tugboat USS Saugus at the nuclear submarine base in Holy Loch, Scotland in 1975.

I recall that Ricky was a hell of a sailor and deckhand and he was a good friend. We took that 100-tugboat out into the Irish Sea to rendezvous with submarines in God-awful winter weather, with Gale Force winds, 50-foot waves and icy-cold sea sprays.

We sailed out in many a "perfect storm" and survived. We also took "down river" trips on the River Clyde. Hard times and good times.

Good to be in touch with old shipmates.

The above photo is of the Navy harbor tugboat USS Saugus.

In the below photo, Ricky’s kneeling and working while I'm sitting on my butt and smoking a cigar. No wonder Chief Thompson liked him and not me (Ha).

The following photo shows Ricky working again with a paint roller and then one of me in civvies.

Although I don't have a photo of our old tugboat chief, Chief Thompson, the bottom photo is of film comic Buster Keaton, whom the chief resembled.

I called the chief "Chief Cool," because like Buster Keaton, he was stone-faced and said little. 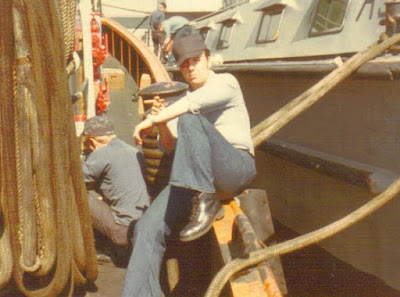 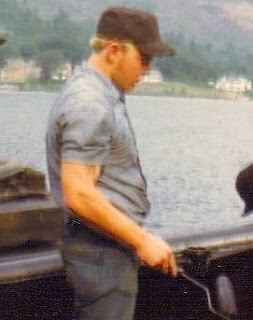 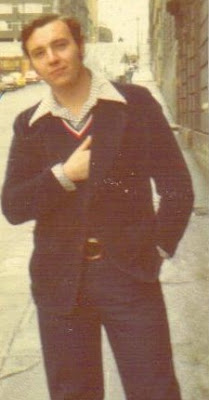 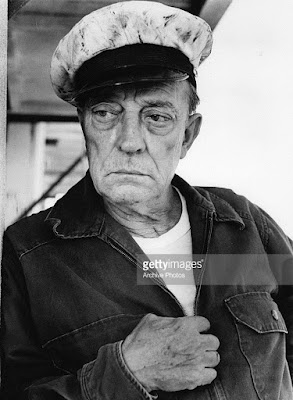