The Ugliest Man In Hollywood: On This Day in History Comedian Shemp Howard, One Of the Three Stooges, Was Born 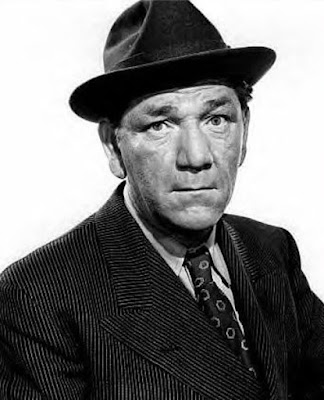 Born on this day in 1895 was Shemp Howard. The American actor and comedian, one of the Three Stooges, was born in Brooklyn, New York.

Howard, whose real name was Samuel Horwitz, died in 1955.

TCM offers a piece on the late, great funny man.

Once described as "The Ugliest Man in Hollywood" as part of a publicity stunt concocted by his agent, comic actor Shemp Howard was an integral member of The Three Stooges for more than 70 films. Receiving his start on the vaudeville circuit, Shemp performed with his brother Moe and violinist Larry Fine alongside popular comedian Ted Healy on Broadway and in the two-reel short "Soup to Nuts" (1930) prior to venturing on to a solo career. Over the 15 years that followed, Shemp established himself as a film comedian opposite players like W.C. Fields and Abbott & Costello until the failing health of his younger brother Curly brought him back into the Stooges fold with the comedy "Fright Night" (1947). Less hyper-kinetic and childlike than Curly, Shemp's shameless mugging and trademark utterance of "Bee-bee-bee-bee!" - in addition to his willingness to take a mallet to the head or a pair of fingers to eyes - easily made him a welcome addition to the line-up. After appearing in dozens of shorts that included "I'm a Monkey's Uncle" (1948) and "Corny Casanovas" (1952), he died of a heart attack in 1955. And while replaced onscreen, the stringy-haired funny man would never be supplanted in the hearts of Stooge fans who truly appreciated what Shemp Howard and his fellow Stooges gave to the world of comedy, even if the critics did not. 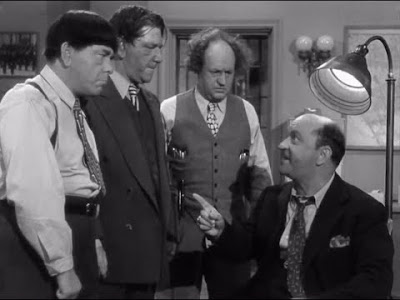 You can also watch a video of Shemp Howard and the other Stooges as detectives via the below link:

Note: I was and am a huge fan of Shemp Howard and the other Three Stooges. I love them as a kid and I still laugh when I see them.
Posted by Paul Davis at 12:53 PM