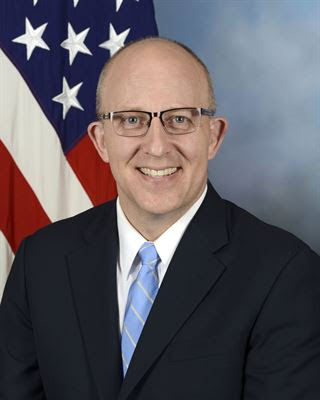 “I think [Defense] Secretary [James N.] Mattis has thrown down the gauntlet in the National Defense Strategy, challenging not only the department, but our industry partners to find technological solutions that support [U.S. Special Operations Command’s] missions, including counterproliferation and counternetwork,” he said.

Times have changed, Mitchell said. After spending the better part of the last two decades concentrating on the counterinsurgency and counterterrorism missions, he explained, there is a return of great power confrontation. “The threat from terrorists is not going to go away, but we think we’ve become pretty adept at limiting the threat from the terrorist organizations,” he said. 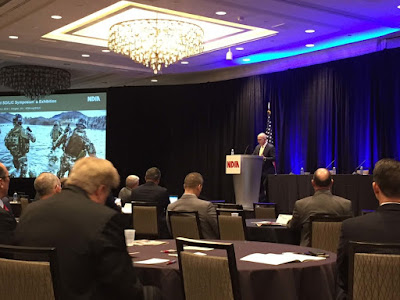 Combating the terrorists will require constant attention, but the special operations enterprise “is going to have to rediscover and reinvent ourselves to deal with these near-peer competitors,” Mitchell said.

Mitchell, who entered the Army in 1987, said that during his whole career the U.S. military always enjoyed dominance over any foe or potential foe. “We’ve always enjoyed significant technological advantages over the enemy,” he said. “But we can no longer assume that we will enjoy this advantage, especially in the new competition with other great powers.”

This is not a return to the Cold War, he said, as Russia is not the Soviet Union, China is not the China of the 1980s, and both nations are much more integrated into the security architecture and economic systems, even as they try to undermine them.

The National Defense Strategy notes that much of the great-power competition will take place short of actual conflict, Mitchell said. “We’ve seen how good our adversaries are at employing ambiguous, deniable or even unwitting proxies to wage information warfare, cyberwarfare, industrial espionage, sabotage and subversion,” he said.

DoD leaders want to ensure the U.S. military can fight and win a high-intensity conflict, but the best solution is to compete at the level of the adversaries and win there before actual combat occurs, he said. “This is where the [special operations forces] enterprise can, and must, play a significant role,” he added.

The special operations community needs new technology, but technology is also driving the threat, Mitchell said. Terror organizations, transnational criminal networks, and even individuals can get technologies that pose a threat to the United States, he pointed out, citing advanced computing, the ability to crunch big data and artificial intelligence among technologies available to them “at the retail level.” he said.

“We face an intelligent, adaptive and determined adversary seeking to deploy these technologies in new ways,” he said. “We must be able to do the same.”

The enemy uses social media. The U.S. military must be able to respond “at the speed of relevance,” Mitchell said.

“The technological edge that we’ve enjoyed for three decades, and which are essential for us to fight and win these wars, still exists, but by no means are assured,” he said. “As Americans, freedom is our birthright. But a perpetual technology advantage is not assured, and both must be vigorously defended.”
Posted by Paul Davis at 2:35 AM