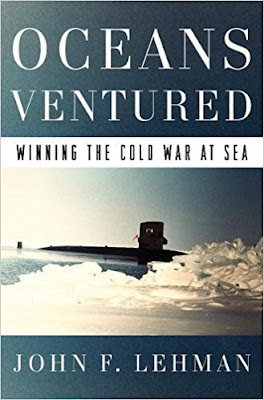 As a young workaday Defense Department civilian employee in the mid-1970s, I watched with regret as the American military deteriorated after the end of the Vietnam War. As a Navy veteran who served on an aircraft carrier during the Vietnam War, I was particularly saddened to see our once-great Navy diminished greatly.

This all changed when Ronald Reagan became president in 1981. President Reagan promised to rebuild the U.S. military — in particular, a formidable 600-ship Navy — to counter the Soviet Union’s military expansion.

John Lehman, a former Navy aviator, became Mr. Reagan’s secretary of the Navy and he served from 1981 to 1987. Mr. Lehman took the helm and guided the service toward that 600-ship Navy goal, which played a significant role in leading to the winning of the Cold War and the crumpling of the “evil empire,” as Mr. Reagan once called the Soviet Union.

Looking back at that crucial time in history, Mr. Lehman has written an interesting book called “Oceans Ventured: Winning the Cold War at Sea.”

… When Ronald Reagan became president and John Lehman became Navy secretary, the United States was losing the Cold War. The Soviets were building up their military during the years we were dismantling ours. In particular, the Soviet navy was working feverishly to become the most powerful navy in the world.

President Reagan led a bipartisan effort through Congress to fund the restoration of the Navy and Mr. Lehman conducted naval exercises, beginning with “Ocean Venture 81,” sending ships and aircraft dangerously close to the Soviet Union. This effort informed the Soviets that our expanding fleet could sink their submarines and takeout Soviet bombers and missiles while simultaneously striking deep inside the Soviet Union. The exercises also showed that the fleet could operate in Arctic waters, which no navy had previously attempted. 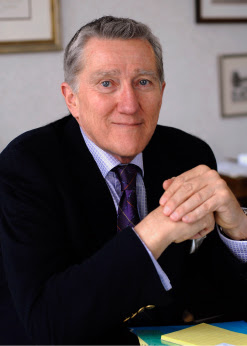 Note: You can also read my Counterterrorism magazine Q&A with John Lehman via the below link: 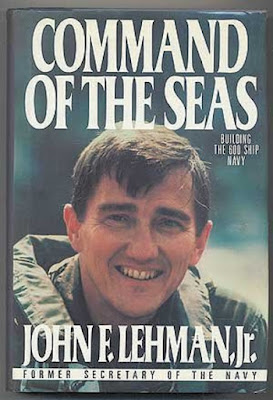