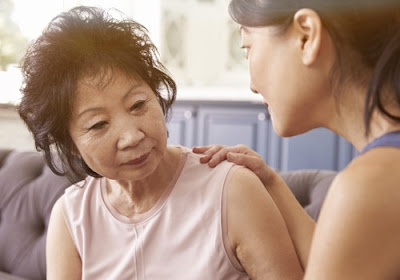 The statistics about elder abuse tell a troubling story. About five million seniors suffer from some form of abuse, neglect, or financial exploitation each year, and older Americans lose more than $2.6 billion annually because of these crimes, according to the Administration for Community Living.

In an effort to increase awareness of these threats to seniors and to help people identify and prevent cases of elder abuse, the International Network for the Prevention of Elder Abuse launched the first World Elder Abuse Awareness Day in 2006. In 2011, the United Nations officially designated June 15 for this important public awareness event.

To recognize World Elder Abuse Awareness Day, the Social Security Administration (SSA) will host a Facebook Live broadcast on Wednesday, June 13, at 7 p.m. ET to discuss the detection and prevention of elder abuse. Jennifer Walker of the Office of the Inspector General (OIG) at Social Security will discuss how the OIG detects and prevents cases of suspected elder abuse and financial exploitation, and she will explain how people can identify and report suspected elder abuse, as well as how people can protect themselves or seniors they know from mistreatment.

Raising awareness of elder abuse is very important to SSA and the OIG because many of SSA’s customers are seniors, and some of them depend on representative payees to receive and manage their Social Security benefits. The OIG investigates cases of representative payee fraud and misuse, which can deprive older Social Security beneficiaries of the funds and care that are essential to their welfare.

The OIG also tracks and alerts the public about various theft schemes, which often target seniors, aimed at stealing money or personal information from unknowing victims. The OIG maintains a Scam Awareness page on its website to educate the public on how to identify potential schemes and protect themselves from financial exploitation and identity theft. Jennifer Walker of the OIG will discuss all of this and more during the June 13 Facebook Live broadcast.

June is also World Elder Abuse Awareness Month. Throughout the month, government agencies, businesses, and organizations nationally sponsor events to unite communities, seniors, caregivers, governments, and the private sector to understand the importance of recognizing, understanding, and preventing mistreatment and violence against the elderly.

For more information on World Elder Abuse Awareness Day, visit the National Center for Elder Abuse website. The Department of Justice also provides a wealth of information and resources online through its Elder Justice Initiative. If you suspect elder abuse, call 911 for an emergency. In a non-emergency situation, use the Eldercare Locator by calling 800-677-1116 to find your local reporting agency.
Posted by Paul Davis at 12:29 PM