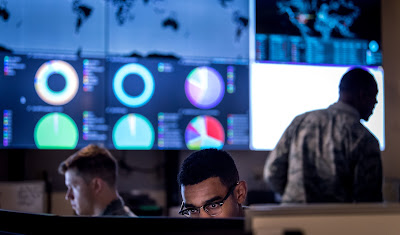 WASHINGTON, June 21, 2018 — Defense Department officials warned lawmakers today about the unprecedented threats DoD is facing to its technological and industrial base, as China and other nations actively seek out advanced technology and intellectual property.
"We are here to underscore the urgency with which all of us must focus our actions to maintain our technological and military dominance," Michael D. Griffin, undersecretary of defense for research and engineering, told the House Armed Services Committee’s military personnel subcommittee.

Chinese actions include theft of technology and intellectual property through the exfiltration of the work of others, Griffin said in a hearing on military technology transfer.

“The breadth and depth of Chinese malfeasance with regard not only to our technology, but also to our larger economy and our nation, is significant and intentional,” he said.

The United States remains the world’s pre-eminent military power, Griffin and the other witnesses said in a joint written statement.

“However, in order to continue to maintain this advantage in an environment of vigorous world competition, we must remain vigilant and employ whole-of-government approaches to the problem set at hand,” they said.

To do that, they explained, the Defense Department not only must adapt to the environment, but also must remain the drivers of global technological advances.

“We must get within the decision loops of our adversaries,” they said. “We must increase the speed and efficiency at which we educate, invent, adapt, prototype and demonstrate to respond to current and future threats to ensure and preserve our dominance in the field.”

The threats are putting at risk the capabilities critical to the United States maintaining its military advantage, Bingen said.

“China, in particular, has made it a national goal to acquire foreign technologies to advance its economy and to modernize its military,” she said. “It is comprehensively targeting advanced U.S. technologies and the people, the information, businesses and research institutions that underpin them.”

China, she said, is using a variety of methods to steal information from the United States and to exploit and circumvent processes. The Defense Department is making significant changes in its approach to industrial and information security, as well as to counterintelligence, she pointed out.

China and Russia are among the nations that recognize that investing in and acquiring technology is essential to achieving their strategic goals, Schinella said.

“They want to develop weapons systems that strike farther, faster, harder and more precisely as a means to erode the traditional pillars of U.S. military strength and challenge the United States in all warfare domains,” he said.

The threat from China, Chewning pointed out, has the potential for both long- and short-term impacts.

“Chinese industrial policies of economic aggression, such as investment-driven technology transfer and illegal intellectual property theft, pose a multifaceted threat to our entire national security innovation base,” he said.
Posted by Paul Davis at 10:23 AM