My Crime Beat Column: Punji Trap: My Q&A With Journalist And Author Luke Hunt On Vietnam Spy Pham Xuan An 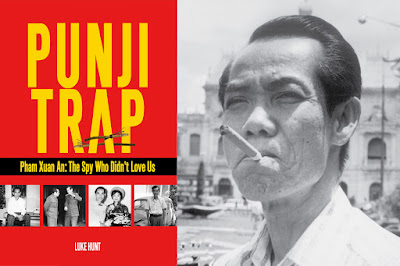 As I noted in an earlier column, I was serving as an 18-year-old sailor aboard an aircraft carrier during the Vietnam War when a bevy of journalists came aboard the USS Kitty Hawk as the warship was anchored in Da Nang Harbor in South Vietnam.

I worked in the carrier’s radio communications division and we were told to keep the journalists clear of our Top Secret areas. As I planned to major in journalism in college after leaving the Navy, I was interested in our visitors from the major newspapers and TV networks.

I don’t recall Pham Xuan An, a TIME correspondent at the time, being one of the journalists who came aboard that day. Which was good – as we later discovered that An was a spy for the Viet Cong and the North Vietnamese Communists.

In the annals of modern espionage, Pham Xuan An (1927-2006) ranks as a top spy. During the Vietnam War, An befriended, guided and advised journalists and American and South Vietnamese military and government officials. He obtained vital intelligence from his many “friends” and passed it on to the Viet Cong and the North Vietnamese.

An's critical intelligence aided the Communists throughout the war, especially during two key battles: the 1963 assault on Ap Bac and the 1968 Tet Offensive. Countless South Vietnamese, Americans and allied soldiers died in these bloody battles thanks in large part to An. 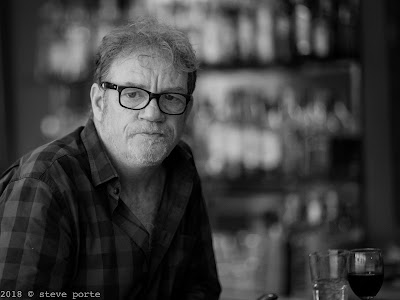 Luke Hunt (seen in the above and below photos) is a veteran Australian journalist and the author of Punji Trap: Pham Xuan An: The Spy Who Didn’t Love Us, an interesting book about the Vietnamese spy.

Luke Hunt began his career in journalism in the mid-1980s after traveling through what was then some of the world’s trouble spots, including Northern Ireland and the south of Morocco. Initially, Hunt worked for Australian Associated Press and then Agence France-Presse, where he served as bureau chief in Afghanistan and Cambodia. He was the first journalist to enter Baghdad with the US Marines in 2003. He also covered the war in the Middle East, Sri Lanka and Kashmir, and focused on counter-terrorism and conflicts in Southeast Asia.

He writes, or has written, for The Diplomat, The Economist, The Washington Times, Voice of America and occasionally The New York Times. He also serves as Opinion Editor for UCAN and is a regular on radio in Australian and Hong Kong.

Luke Hunt was personally commended for his coverage of the Afghan civil war by the UN Special Envoy for Afghanistan Lakhdar Brahimi and his work has been honored by the World Association of Newspapers and the Society of Publishers in Asia. He obtained a Bachelor of Arts and a Masters of Defence from Deakin University in his native Australia and is an Academic Program Professor at Pannasastra University in Cambodia where he wrote the course War, Media and International Relations.

Luke Hunt interviewed Pham Xuan An and took the color photo of the former spy seen below. 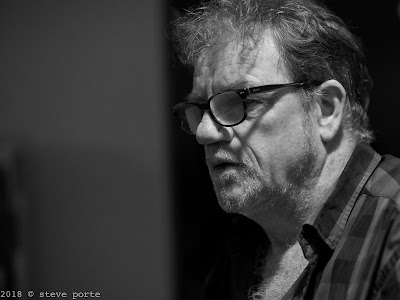 I contacted Luke Hunt and asked him about An, his book, and his work as a journalist.

Davis: Why did you write the book?

Hunt: Like many of my vintage I grew up on the Vietnam War, we watched it on television, read about it the newspapers and a close friend of my family died when his helicopter was shot down by the Viet Cong. The interest was always there and it was rekindled when I came across Pham Xuan An while studying journalism at university. I contacted his friends and wound up working with them. Then I first met An in Vietnam in 1992, along with many other leading Communists like Gen. Tran Van Tra. That’s when I realised I had a book to write about An, and many more trips were to follow.

Davis: What do you think of Pham Xuan An?

Hunt: At a personal level he was a charming intellect of a misplaced faith. He really believed the Communists would deliver a better life fought under a nationalist cause. He got that wrong. At the professional level, he was an extremely good journalist who went to the dark side and never came back. He was a committed Communist and a brilliant propagandist for them. He tried to protect friends but his work was responsible for many deaths, including innocent civilians, which was done while masquerading as a reporter, and he knew all that by the time he started at Reuters in the early 1960s. From my perspective he was a charming liar, who meant well.

Davis: Can you tell us about us your background and what you are currently doing?

Hunt: I grew up in Springvale, a working class suburb of Melbourne. Good people with a strong work ethic, my mother in particular. She helped fund me through university and I started out on outback newspapers where local issues, like what crops to plant, were just as important as Donald Trump meeting Kim Jong-un. They taught me a lot and I scored a job with Australian Associated Press and never looked back, well occasionally I might.

Currently I cover Southeast Asia from Phnom Penh, where journalists are doing it quite tough. It’s not Afghanistan of the late 1990s nor Iraq of a decade ago but it is getting harder with governments becoming more and more repressive.

Note: A longer Q&A with Luke Hunt will appear in an upcoming issue of Counterterrorism magazine.

You can purchase a copy of Punji Trap via the below link: 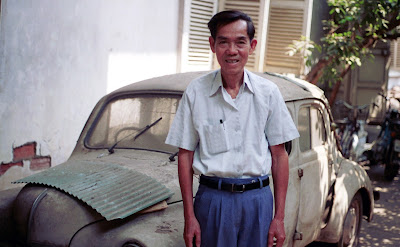 You can also read my earlier column on Pham Xuan An via the below link: 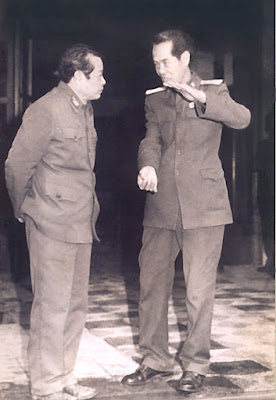 The above photo is of Bui Tin, who accepted the unconditional surrender of South Vietnam and Brig. Gen. Pham Xuan An. Both are in their military uniforms. Taken in 1976, the photographer is unknown.
Posted by Paul Davis at 1:43 PM