On This Day In History The Battle Of Midway Began 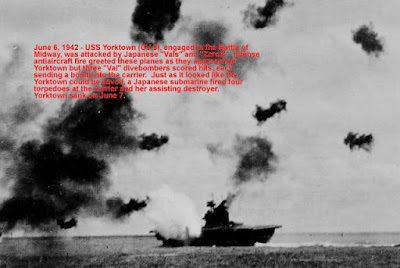 As History.com notes, on this day in 1942 the Battle of Midway began.

On this day in 1942, the Battle of Midway–one of the most decisive U.S. victories against Japan during World War II–begins. During the four-day sea-and-air battle, the outnumbered U.S. Pacific Fleet succeeded in destroying four Japanese aircraft carriers while losing only one of its own, the Yorktown, to the previously invincible Japanese navy.

You Can read the rest of the piece via the below link: 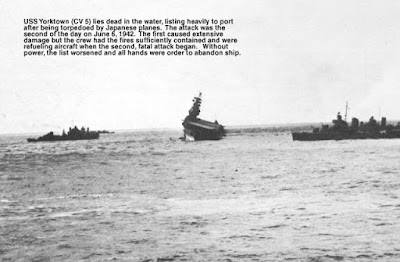 You can also read the U.S. Navy’s history of U.S. Navy aircraft carriers at the


Battle of Midway via the below link:

http://www.navy.mil/navydata/nav_legacy.asp?id=7
Posted by Paul Davis at 2:08 AM

Labels: history.com, On This Day in History, The Battle of Midway, U.S. Navy. aircraft carriers