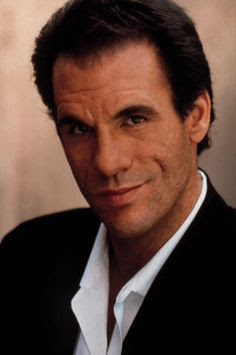 "It was disgusting. He shouldn’t have done it. It’s art, art unites people, it doesn’t separate people," Davi told the gossip site. "No matter how you feel about a president … or a candidate … you know, this is still America, and we should at least have respect and a certain decorum."

In Sunday night's speech, De Niro as he clenched his two fists in the air, "I'm gonna say one thing: F--- Trump!" He left panic-stricken broadcast censors trying bleep out the remarks. "It's no longer down with Trump, it's f--- Trump!"

… "I didn’t agree with President Obama, but I respected him," the "Die Hard" actor explained. "I met him, we shook hands. All right? You don’t do that, you don’t … alienate people like that."

Note: Robert Davi is a good actor, a good writer and a good man.

I loved him as a Bond villain in Licence To Kill and as a mob guy in the TV series Wiseguy.
Posted by Paul Davis at 6:18 AM