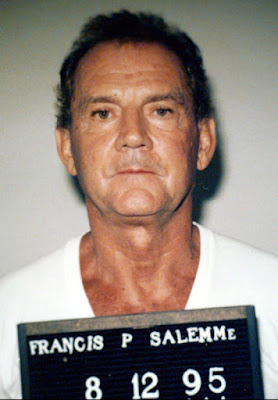 The Boston Herald reports that the New England Cosa Nostra boss was found guilty of murder.

Francis “Cadillac Frank” Salemme, the 84-year-old gangster who steered the New England Mafia with an iron fist, was convicted of murdering real estate developer Steven DiSarro before driving his corpse to Providence 25 years ago.

Codefendant and mob associate Paul Weadick, 63, a Burlington plumber, was convicted of the same charge: murder of a federal witness.

http://www.bostonherald.com/news/local_coverage/2018/06/jury_mafia_boss_helper_guilty_in_slaying_of_music_club_owner
Posted by Paul Davis at 12:59 AM