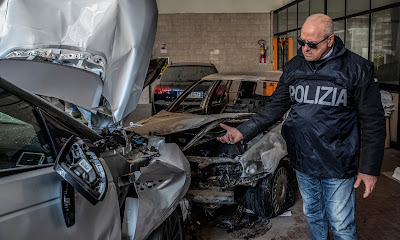 Lorenzo Tondo at the Guardian offers a piece on an emerging fifth organized crime group in Italy.


Alongside Cosa Nostra in Sicily, the ’Ndrangheta in Calabria, the Camorra in Naples and the Sacra Corona Unita, investigators have identified an emerging Puglia-based crime organisation that has remained under their radar for several years.


Judicial investigations had suggested mafia activity in northern Puglia, but confirmation from government authorities came after three car bombings in Foggia in January and the year’s first murder, when gunmen on a scooter shot a 50-year-old man in his car. The violence in Foggia prompted the interior minister, Luciana Lamorgese, to send a team of anti-mafia investigators to Puglia.


Signs of the criminal clan’s activities predated these incidents. There was an average of one murder a week, one robbery a day and an extortion attempt every 48 hours in Foggia province in 2017 and 2018.


“The Foggia mafia is relatively young,” the head prosecutor for the city, Ludovico Vaccaro, said. “The clans that make up this organisation have been embedded in this territory for at least 30 years. We cannot compare them to the historical Italian mafia groups like Cosa Nostra and ’Ndrangheta, but it is a mafia characterised by a high degree of aggression and violence. It is what I call a primitive mafia, one that feeds cadavers to pigs so as not to leave a trace. An unrefined mafia in its actions, and for this reason dangerous.”