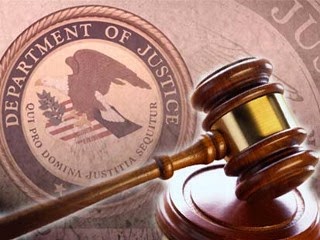 ﻿
The U.S. Justice Department released the below information:
A Utah man was sentenced to serve 24 months in prison for his role in a bribery and fraud scheme involving federal procurement contracts, announced Acting Assistant Attorney General Mythili Raman of the Justice Department’s Criminal Division and U.S. Attorney David B. Barlow of the District of Utah.
On Oct. 24, 2011, Jose Mendez, 50, of Farr West, Utah, pleaded guilty to conspiracy to commit bribery and procurement fraud.  Mendez was charged in an October 2011 indictment, along with Sylvester Zugrav, 71, and Maria Zugrav, 67, owners of Atlas International Trading Company in Sarasota, Fla.  The Zugravs were sentenced on Jan. 8, 2014.
According to court documents, while Mendez worked as a procurement program manager for the U.S. Air Force at Hill Air Force Base in Ogden, Utah, he conspired to enrich himself and others by exchanging money and other things of value for non-public information and favorable treatment in the procurement process.  Court records state that Mendez was offered approximately $1,240,500 in payments and other things of value throughout the course of the conspiracy.  Mendez admitted that from approximately 2008 to August 2011, he received more than $185,000 in payments and other things of value, with promises of additional bribe payments if Atlas were to receive future contracts from the U.S. government.
In return for the bribes offered and paid, Mendez admitted he gave Atlas and the Zugravs favorable treatment during the procurement process, including disclosing government budget and competitor bid information, which helped Atlas and the Zugravs in winning contracts.
The case was investigated by the FBI and the Air Force Office of Special Investigations. The case was prosecuted by Trial Attorneys Marquest J. Meeks and Edward P. Sullivan of the Criminal Division’s Public Integrity Section and Assistant U.S. Attorney Carlos A. Esqueda of the District of Utah.
Posted by Paul Davis at 2:47 AM