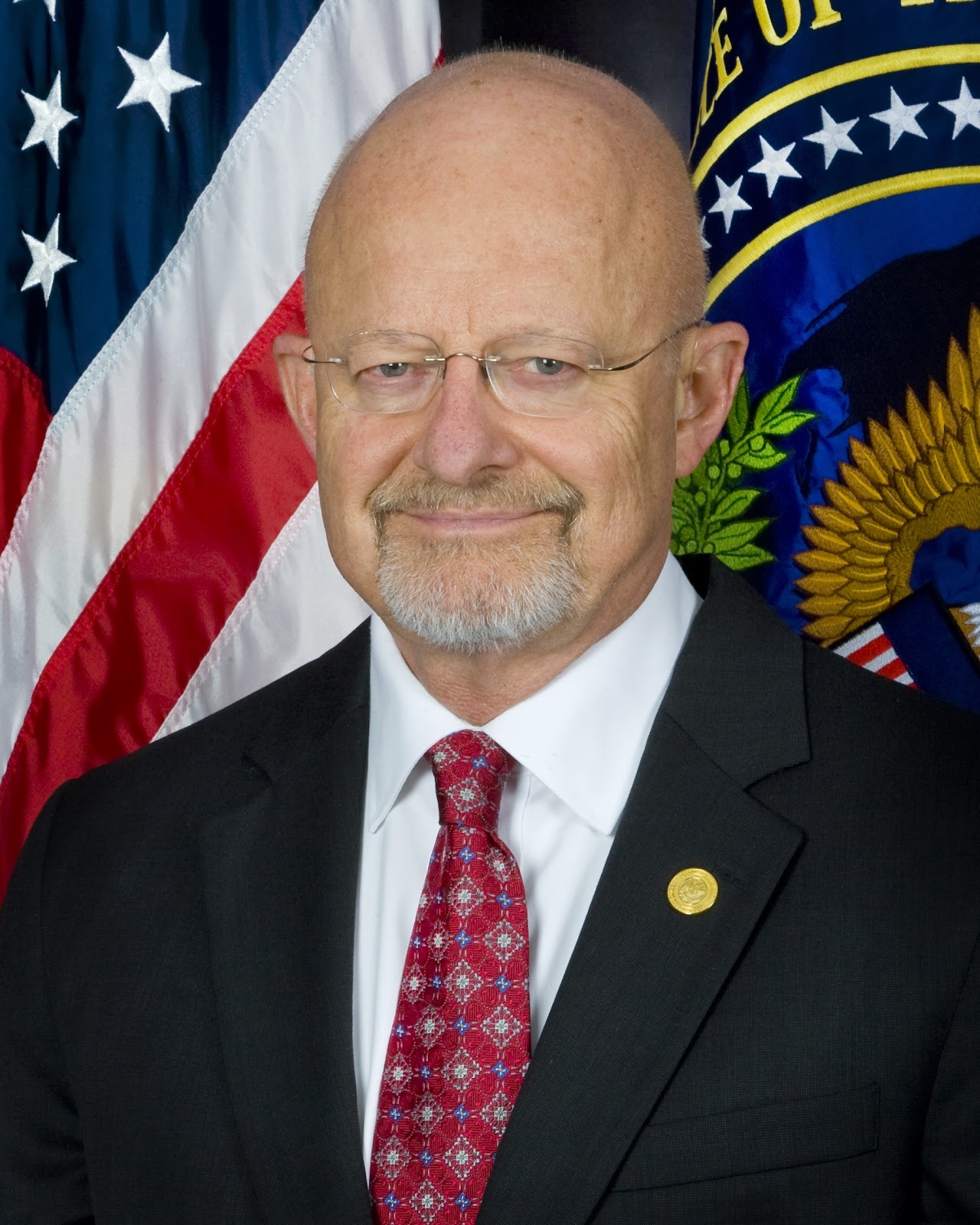 Nick Simone at the American Forces Press Service offers the below piece:

WASHINGTON, Jan. 29, 2014 - The ongoing leaks of classified documents by former National Security Agency contractor Edward J. Snowden amount to the most "massive and damaging theft of intelligence in our history," the director of national intelligence told Congress today.

James R. Clapper (seen in his official gevernment photo) delivered the assessment as he and other officials from the intelligence and law enforcement communities briefed the Senate Intelligence Committee on worldwide threats to the nation, from ongoing espionage and cyber operations by an assertive Russia and a competitive China to more diversified threats posed by al-Qaida and other terror groups that have benefited from the Snowden disclosures about sources and methods, making them harder to track.

Seven months after Snowden gave documents about the NSA's highly classified metadata and eavesdropping programs to several newspapers, the nation's top intelligence officer described "the profound damage that his disclosures have caused and continue to cause," which he said has left the nation less safe and its people less secure.

"As a result, we've lost critical foreign intelligence collection sources, including some shared with us by valued partners," he said. "Terrorists and other adversaries of this country are going to school on U.S. intelligence sources, methods and tradecraft, and the insights they are gaining are making our job much, much harder."

Snowden has been charged with espionage and stealing government property, and he remains a fugitive from justice in Russia, where he has been granted temporary asylum.

Clapper would not say during today's hearing whether he believes the Russian government has gained access to the Snowden trove, saying that question should be addressed in a classified setting.

While a range of threats including counterintelligence efforts by China and Russia to a more diffuse and, therefore, harder to track al-Qaida were listed as leading security threats, concerns about the Snowden leaks overshadowed the hearing, with Clapper calling on the former contractor to return the classified documents and prevent more damage to national security.

Army Lt. Gen. Michael T. Flynn, Defense Intelligence Agency director, characterized the disclosures as "grave," with the consequences likely to prove deadly to American forces someday. "We will likely face the cost in human lives on tomorrow's battlefield or in some place where we will put our military forces," he said.

Overall, Clapper said, the leaks and the allegations of abuse of intelligence that they generated, as well as furloughs, government shutdowns and salary freezes have taken a toll on those "who have done their utmost to protect this country and do so in a lawful manner." In addition, he warned the diminished morale and resources of the intelligence community will have a corresponding effect on national security.

"The impact of the losses caused by the disclosures will be amplified by the substantial budget reductions we're incurring," he said. "The stark consequences of this perfect storm are plainly evident. The intelligence community is going to have less capacity to protect our nation, and its allies, than we've had."

The hearing also touched on risks to national security posed by the civil war in Syria, which Clapper said has "become a huge magnet for extremists" who are getting training "to go back to their countries and conduct more terrorist acts." The intelligence community estimates that more than 7,000 foreign fighters from 50 countries have gone to Syria since the start of the civil war, he said.

One issue of concern to lawmakers was security for the Winter Olympics that open in Sochi, Russia, next week, given several recent suicide bombings in the region and the history of unrest in the Caucuses in general.

National Counterterrorism Center Director Matthew G. Olsen said the United States remains very focused on the problem of terrorism in southern Russia, but he characterized an uptick in threats related to the games as "what we expected, given where the Olympics are located."

The Russian government, he said, understands the threats and has devoted substantial resources to security. The greater threat is to softer targets in the greater Sochi area and in the outskirts, he said, where there is a substantial potential for a terrorist attack.
Posted by Paul Davis at 3:01 PM