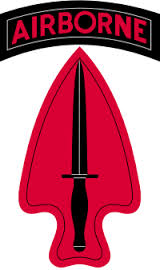 Rowen Scarborough at the Washington Times offers a piece on the Delta Force commando who was awarded for saving lives in the Benghazi seize.

An Army Delata Force commando who infiltrated Benghazi to rescue U.S. diplomats, spies and security officers during a 2012 terrorist attack “was critical to the success of saving numerous lives,” according to a citation awarding him the military’s second-highest honor.

Delata Force's role was not disclosed in any public report or congressional testimony. The Army citation for the Distinguished Service Cross, posted on a website for Army personnel, provides the first detailed look at what one of the commandos, Master Sgt. David R. Halbruner, accomplished.

The Washington Times reported in November that two members of Delta Force, the Army's premier counterterrorism unit, were among seven U.S. personnel who went to Benghazi, Libya, on a rescue mission the night of Sept. 11, 2012. The second Delta member, a Marine, was awarded the Navy Cross for heroism, The Times reported.

The Distinguished Service Cross and the Navy Cross are the second-highest military awards in precedence, below the Medal of Honor.

http://www.washingtontimes.com/news/2014/jan/25/delta-force-commando-awarded-second-highest-milita/
Posted by Paul Davis at 7:58 AM