Inside Fidel Castro's Life Of Luxury And Ladies While Country Straved 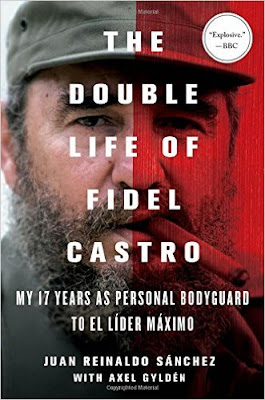 Laura Italiano at the New York Post looks back at the life of Cuban Communist dictator Fidel Castro.


With his shaggy beard and rumpled, olive-drab fatigues, Fidel Castro presented himself to the world as a modest man of the people.
At times, he claimed he made just 900 pesos ($43) a month and lived in a “fisherman’s hut” somewhere on the beach.
But Castro’s public image was a carefully crafted myth, more fiction than fact.
“While his people suffered, Fidel Castro lived in comfort — keeping everything, including his eight children, his many mistresses, even his wife, a secret,” wrote Juan Reinaldo Sanchez, Castro’s longtime bodyguard.
Sanchez’s book, “The Double Life of Fidel Castro: My 17 Years as Personal Bodyguard to El Líder Maximo,” describes his former boss’ hidden life of political ruthlessness, mistresses and greed.
You can read the rest of the piece via the below link: