The Swamp Fox: How Francis Marion Saved The American RevolutionVeteran 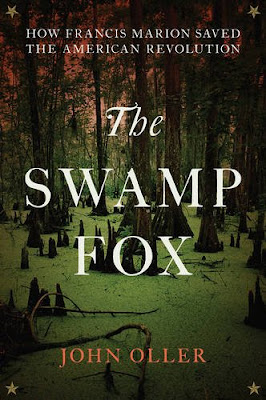 
In recent decades, special forces have emerged as the “go-to” troops of the American military, with units drawn from each service branch. From training and fighting alongside guerrilla bands worldwide to killing Osama bin Laden, the “snake eaters” have achieved a reputation as innovative and deadly fighters.
A guiding precept of special forces is to avoid army-to-army battle; their mission is to harass the fringes of larger forces, using ambushes as a force-multiplier, and to provide intelligence to the troops that they support.
The master of such fighting during the American Revolution was Francis Marion, and the irony is that he likely would not pass a modern recruitment physical. Some soldiers in the ranks of the American Continental army snickered when Marion and 20 or so followers came to a camp in North Carolina in 1780 to join the fight against the British.
A South Carolinian, Marion was “a diminutive, forty-eight-year-old man who, at around five-foot-two and 110 pounds, possessed the physique of a thirteen-year-old boy. His knock knees, deformed since birth, nearly touched one another .” Yet his “flashing black eyes and steely demeanor” suggested a man ready for a fight.
By this time, superior British forces had flushed George Washington’s army out of the Northeast states and moved south into the Carolinas and Georgia, hoping that victories there would finish off the insurgent Americans.
The mission of Marion and his rag-tag militia band — Scotch-Irish farmers, for the most part — was to raise havoc in the British rear, keeping the superior force of Gen. Charles Cornwallis off-balance. Only then would Continental troops under Gen. Nathanael Greene stand an even chance. (Of French Huguenot descent, Marion avoided being drawn into the bloody ethnic feuds of his neighbors.)
Greene’s immediate request was for intelligence on British operations. As he wrote Marion, “Spies are the eyes of any army, and without them a general is always groping in the dark and can neither secure himself nor annoy his enemy.”
You can read the rest of the review via the below link: