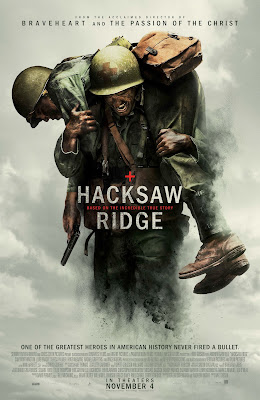 USNI News offers an interview with director Mel Gibson and his actors about his new film Hacksaw Ridge.


The Battle of Okinawa has been referred to as a “meat grinder” because of the carnage that took place during the three months of savage fighting between Japanese and U.S. led allied forces in 1945.
As ground forces slugged it out in brutal combat on the tortuous terrain of the island, the supporting U.S. Navy suffered heavy losses as the Japanese launched wave after wave of kamikaze attacks that succeeding in sinking a dozen destroyers. Combined casualties for both sides surpassed 150,000 and the battle is believed to have claimed another 150,000 lives from the local civilian population. The ferociousness of the Japanese defense of Okinawa and the costly toll in inflicted upon U.S. forces likely influenced the decision to drop the atomic bomb rather than launch an invasion of mainland Japan.
Mel Gibson spares audiences none of the viciousness of the battle in Hacksaw Ridge, the first movie he has directed since 2006’s Apocalypto. The visceral film places audiences in the middle of mud, smoke, blood, dismembered limbs and flying bodies that seem to have enough kinetic energy to pop off the screen. Viewers are thrust so close to the unrestrained fighting that it feels as if there is an imminent danger of being bayonetted. Gibson framed some shots so tight shots that they induce claustrophobia and panic.
Within this world of horror and death emerges a sliver of goodness that is the focus of Hacksaw Ridge. The film tells the true story of Desmond Doss, a Seventh Day Adventist and conscientious objector from Virginia who participates in the battle as a medic. Because he joins the Army determined to save lives rather than take them, he refuses to carry any type of weapon. His resistance to even train with a rifle in boot camp angers both his superiors and fellow soldiers who believe he is a coward hiding behind religion. He is viewed as a weak link who will endanger everyone in his company.
You can read the rest of the piece and watch the video interview via the below link: 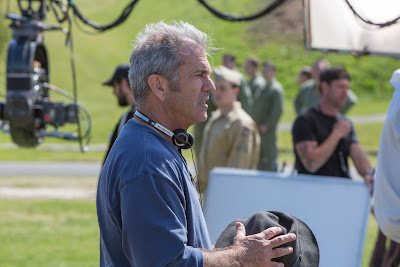