Krauthammer: Hillary Clinton Won The Comey Primary, But Didn't Know There Would Be A Recount 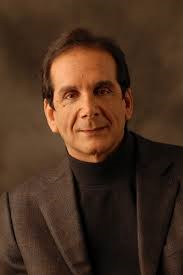 CHARLES KRAUTHAMMER: This is one of the reasons that Trump phenomenon happened in the first place. The rank hypocrisy of the two sides is simply staggering. And I don't think it has been shown in such relief. Six weeks ago or so, he's a great man now he is a villain simply because he came out on the other side. Remember for a year we had been saying the most important event for Hillary was the Comey primary. And she won the Comey primary, but what we didn't know is that there was a recount. And she lost the recount. As a result of that, we are in a position where we have no idea what the underlying offense is, might be or even how probable it is that there is any offense in the e-mails.

http://www.realclearpolitics.com/video/2016/10/31/krauthammer_hillary_clinton_won_the_comey_primary_but_didnt_know_there_would_be_a_recount.html
Posted by Paul Davis at 4:14 AM