Statement By U.S. Attorney John W. Huber On Kate’s Law And The No Sanctuary For Criminals Act 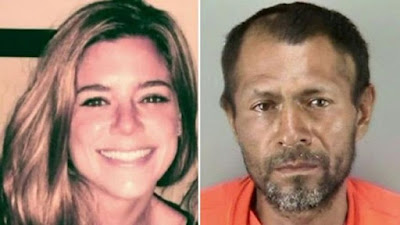 The U.S. Justice Department released the below statement by the Utah U.S. Attorney John W. Huber (seen in the below photo), which was delivered at the White House press briefing on June 28, 2017:

“Just last month, a Utah federal judge issued a sentence of life plus 80 years to Roberto Roman, a criminal alien who had been removed from our country three times prior to 2010. Those three deportations, and even time in state prison, were not enough to dissuade Roman from returning to rural Utah where he trafficked methamphetamine to addicted residents.

“In 2010, Millard County Utah's first female deputy sheriff, Josie Greathouse Fox was working with her partners to curtail drug dealing in the wide open spaces of rural Utah. She intercepted Roman on dark, lonely highway in his big Cadillac. Roman is an amoral criminal, and he had no intention of complying with U.S. Law. Without warning or remorse, he gunned down Deputy Fox with an AK-47 style semi-automatic rifle and left her to die in the middle of the road on a frigid January night.

“In 2011, in a different case, another Utah federal judge sentenced three MS-13 gang members to 15 years each for their role in a Mexican cartel marijuana farm in the pristine Dixie National Forest of Southern Utah. These thugs had been recruited to provide operational security for the illegal farm and were in possession of multiple firearms in connection with the drug operation. Although Utah has not suffered violence at the hands of MS-13 like California and states here in the east, we see its influence creeping ever closer. Even still, other transnational gangs (Nortenos and Surenos) and drug trafficking organizations do have an outsized impact on public safety in Utah and the mountain west. 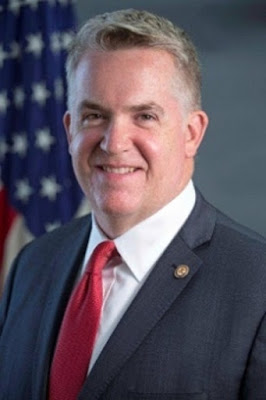 “I am a career prosecutor and I am beginning my third year as a United States Attorney -- which makes me one of the longest tenured US Attorneys presently serving. Both as a line prosecutor and as a lead prosecutor, I have dutifully served under both Democrat and Republican administrations. Utah perennially leads interior districts in criminal alien prosecutions where we charge and convict hundreds of criminal aliens each year (average 300 in 2015, 2016, and projected 2017) who ignore our laws and re-enter our country unlawfully over and over again. To be clear, these are criminals with Rap sheets as long as their arms in many cases: violent criminals, drug traffickers, gang members, domestic violence abusers, child exploiters and human traffickers.

“From my perspective in the presumptively safe mountain enclave of Utah, criminal aliens significantly impact our quality of life by exposing our nation to an unwarranted risk of violent crime. If it’s a problem in Utah (40% of Utah's cases), it’s a problem nation wide. Law enforcement officers and prosecutors need more tools and unfettered coordination to address the challenge.

“This pending legislation -- "Kate's Law" and the "No Sanctuary for Criminals Act" -- advance the ball for law enforcement in keeping our communities safe. The laws, if passed, would give officers and prosecutors more tools to protect the law-abiding public.

“Stiffer penalties for re-entry offenders make sense. The status quo is just not deterring the criminals from returning. (As an example --- Just today, in Salt Lake City, my office initiated one more prosecution in what is projected to be over 300 federal felony cases by year end against criminal aliens. This defendant's record indicates that he has been convicted 4 times for drug trafficking and 2 times for unlawfully re-entering the United States after deportation. Well, he's back in Utah and this year he was arrested once again for drug trafficking). "Kate's Law" enhances our ability to stem the tide of criminals who seem to almost always return to victimize us.

“Removing unnatural impediments between local and federal law enforcement will enable the coordination we need in this country to keep our neighborhoods safe. The priority for public safety overrides so-called sanctuary policies when those two are matched against one another. The "No Sanctuary for Criminals" bill will help law enforcement partners work together for our safety, as we expect them to do. Criminal aliens don't need encouragement to reside in any of our beautiful cities. Rather, these drug trafficker and gang member aliens need handcuffs and removal. Law enforcement professionals are very good at what they do -- we should not impede them from doing their excellent work in keeping us safe.”
Posted by Paul Davis at 2:24 AM