'The Marianas Turkey Shoot': On This Day In History: The United States Scored Major Victory Against Japanese In Battle Of The Philippine Sea 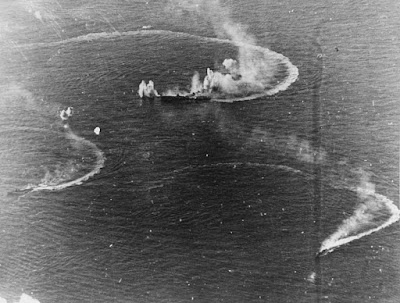 As History.com notes, on this day in 1944 the United States Navy won a major victory over the Japanese in the Battle of the Philippine Sea.

In 1944, in what would become known as the “Marianas Turkey Shoot,” U.S. carrier-based fighters decimate the Japanese Fleet with only a minimum of losses in the Battle of the Philippine Sea.

The security of the Marianas Islands, in the western Pacific, were vital to Japan, which had air bases on Saipan, Tinian, and Guam. U.S. troops were already battling the Japanese on Saipan, having landed there on the 15th. Any further intrusion would leave the Philippine Islands, and Japan itself, vulnerable to U.S. attack. The U.S. Fifth Fleet, commanded by Admiral Raymond Spruance, was on its way west from the Marshall Islands as backup for the invasion of Saipan and the rest of the Marianas. But Japanese Admiral Ozawa Jisaburo decided to challenge the American fleet, ordering 430 of his planes, launched from aircraft carriers, to attack. In what became the greatest carrier battle of the war, the United States, having already picked up the Japanese craft on radar, proceeded to shoot down more than 300 aircraft and sink two Japanese aircraft carriers, losing only 29 of their own planes in the process. It was described in the aftermath as a “turkey shoot.” 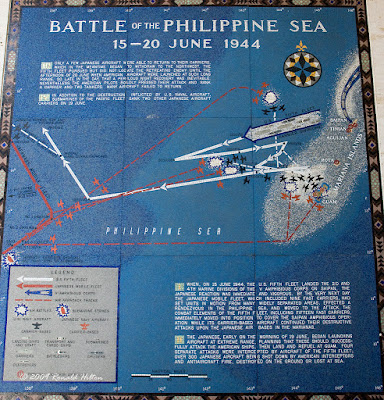 The above photo is of the American Memorial in the Philippines. I visited there in 1971. 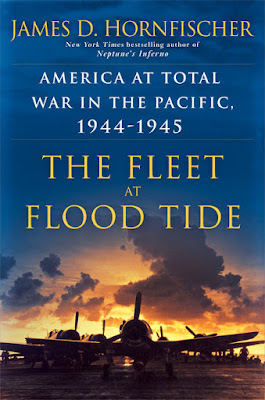 Note: If you want to know more about the Battle of the Philippine Sea I suggest you read James D. Hornfischer's excellent book, The Fleet at High Tide: America At Total War in the Pacific, 1944-1945.
Posted by Paul Davis at 4:09 PM