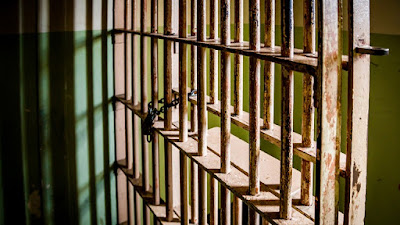 The FBI released the below information:
When FBI Indianapolis Special Agent Ryan Barrett was the newest member of the field office’s Child Exploitation and Human Trafficking Task Force, a more seasoned agent wanted to show him what they were up against.
“We had a program that tracked the use of a file-sharing program popular with people trading images of child sex abuse,” Barrett said. “The agent asked the database to show a dot for every user in the state of Indiana. The whole map lit up red.”
Barrett stressed that those results are not unique to Indiana—any populated area in the United States and many other countries would show some number of people viewing and trading this content.
“I could be working these cases 24 hours a day, seven days a week, every day of the year,” Barrett said.
Though the scale is daunting, it doesn’t stop task forces supported by the FBI from trying to put an end to child exploitation. “No one is going to rest until kids are safe,” Barrett said.
Every case matters, but after 11 years on the task force, Barrett knows to prioritize cases that will make the greatest impact. That means pursuing large trading networks and groups, going after the people who are producing the materials, and tracking online predators engaged in sextortion.
It is work that often requires patience and tenacity.
Several years ago, Barrett got a tip from a Ukrainian citizen concerned about the activity of Charles Skaggs, Jr., an American who claimed to be running a non-profit for Ukrainian orphans. There wasn’t much in the tip for the FBI to go on, but the name of Skaggs’ organization raised immediate alarm.
The name of the so-called orphanage was the same as a widely circulated series of child abuse videos. “The fact that this guy names his orphanage after that—the second I saw it I was like, ‘Oh no,’” Barrett recalls.
At the time, it was difficult for Ukrainian authorities to help the investigation because the country was consumed with a war. So Barrett asked for the support of Homeland Security Investigations and U.S. Customs and Border Protection in monitoring Skaggs’ trips in and out of the country. It was then a matter of keeping tabs on Skaggs and waiting.
In December 2016, more than a year after the FBI received the tip, agents from Homeland Security Investigations and Customs and Border Protection stopped Skaggs for additional screening when he arrived at the Minneapolis-St. Paul International Airport from Ukraine. When asked if he had additional cell phones, electronics, computers, hard drives, thumb drives, or any other computer equipment on him or in his luggage, Skaggs told agents he did not.
But in their search, the agents uncovered several thumb drives from his bag that were later found to contain child sexual abuse images, including videos Skaggs had made of a child who often stayed in his Indiana home.
While he was in detention awaiting trial, Skaggs asked his son to retrieve a hard drive he had hidden in the ceiling of his apartment building’s laundry room. That hard drive also contained images of child sexual abuse.
Skaggs was tried in July 2019 and convicted of nine counts of sexual exploitation of a minor, two counts of possession of child pornography, and one count of concealment of evidence. He was sentenced to life in prison on January 30, 2020.
Barrett said judges in Indiana and across the country are recognizing the seriousness of these offenses and handing down lengthy sentences to offenders. He said that should be a warning to anyone who is hurting children or viewing the photos and videos that document their abuse.
Barrett’s other warning is to parents and caregivers: Make sure you’re talking to your children regularly as they spend time online. His plea carries even more urgency as children across the country are relying on the internet more as classes and assignments have moved online.
“The web is great for so many good things, but it’s really bad for a few really bad things,” Barrett said. One of the bad things, he said, is allowing child predators easy, immediate access to millions of children.
Remember all those dots on the map showing people using a file-sharing program to view abusive material? Each of those individuals has an internet connection, which is all a predator needs to reach out to young people who are also online.
Caregivers need to find age-appropriate ways to explain to children that the person who wants to chat with them on an app or game or who wants a picture of them could be a real danger. Barrett said most of the child exploitation cases he now sees have an online origin, and children can be harmed even if they never meet up with the predator.
Posted by Paul Davis at 8:22 AM