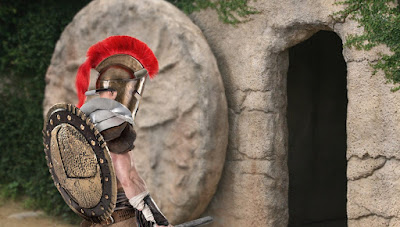 Even on Easter, the satiric Babylon Bee, a Christian newspaper, delivers a funny piece.


JERUSALEM—Roman authorities are investigating controversial religious leader Jesus of Nazareth for violating the Empire's clear "stay in tomb" order. After crucifying him and laying him in the tomb, Roman guards put Him under strict orders to stay there and not come back, rising victorious over sin and death.


But Jesus, answering to a higher authority, refused to stay dead and busted out of the tomb, establishing a kingdom that would never end -- again, in clear violation of the government's orders.