Inside The FBI: The Oklahoma City Bombing 25 Years Later - Reflections Of An FBI Agent 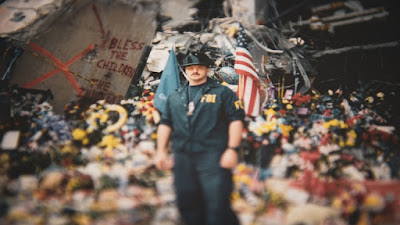 The FBI released an interview with an FBI special agent who was on the scene of the Oklahoma City bombing 25 years ago.
Steve Lewis: On the morning of April 19, 1995, an ex-Army solider named Timothy McVeigh parked a Ryder truck in front of the Alfred P. Murrah Federal Building in downtown Oklahoma City.
A powerful bomb was inside the vehicle. It was made out of a deadly cocktail of fertilizer, racecar fuel, and other chemicals. McVeigh got out of the truck, locked the door, and headed toward his getaway car. He ignited one timed fuse and then another.
At precisely 9:02 a.m., the bomb exploded.
Within moments, the surrounding area looked like a war zone. A third of the Murrah Building had been reduced to rubble. The blast incinerated dozens of cars and damaged or destroyed more than 300 nearby buildings.
Just outside the city limits, FBI Special Agent Barry Black was sitting in his car tracking a fugitive, when he heard the explosion. Black switched on his radio and immediately heard fellow agents on the other end. Speculations of a gas main break or maybe a plane crash.
Switching channels, Black reported what he was hearing and seeing to his supervisor. Not long after that call to his boss, Black would be re-directed from his fugitive case to the site of the explosion.
Twenty-five years after the deadly bombing that took the lives of 168 people, now-retired Special Agent Barry Black provides us with his firsthand experience investigating the Oklahoma City case, known as OKBOMB, in this episode of Inside the FBI. You’ll hear the challenges he faced during the investigation and his perspective on how such a tragic event helped shape the FBI’s approach to investigating domestic terrorism today.
I’m Steve Lewis, and this is Inside the FBI.
Late that tragic April morning, Black linked up with fellow investigators and first responders at the Murrah Building to figure out what happened and assess the damage.
You can read the rest of the piece and listen to the audio of the interview via the below link:
https://www.fbi.gov/news/podcasts/inside-the-fbi-oklahoma-city-bombing-25-years-later-041520?utm_campaign=Podcast&utm_content=Podcast+-+Inside+the+FBI%3A+The+Oklahoma+City+Bombing%3A+25+Years+
Later&utm_medium=email&utm_source=Podcast&utm_term=email
Posted by Paul Davis at 2:10 AM